The French company Blue Whale, which this year is celebrating its fiftieth anniversary as a French exporter, returns to China this season with Novablue, a new gala apple variety, and a range of point-of-sale promotional campaigns. 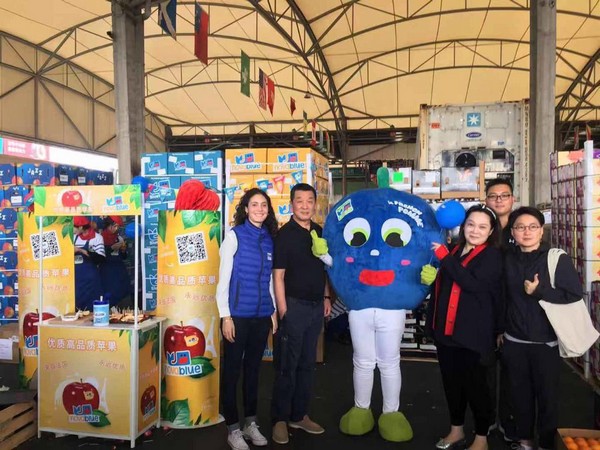 On Monday, the Shanghai wholesale market was the venue chosen by Blue Whale and its Chinese importer ZeLun, with which it has been working for a decade, to celebrate the launch of the 2019/2020 season. Crowds of buyers made their way to the market to be the first to discover this new premium variety of the Gala apple, Novablue for this new season. “Novablue is our new growing variety from France, which will gradually replace the striped Gala. It has a better color and is tastier, juicier and also exclusive to Blue Whale”, said Marguerite Jeanson, Asia Trade Marketing Executive at Blue Whale.

“Royal Gala and Novablue are the main varieties in the Shanghai market. We love the taste of Royal Gala and appreciate the color of Novablue”, explained Kerwin Weng, the CEO’s Special Assistant at ZeLun. Both varieties will be available once again in chains such as RT MART and Metro, distributed by ZeLun; as well as Walmart, supplied by JWM. Tasting sessions will be organized in all the chains to make the varieties known among consumers. In addition, the Blue Whale channel on WeChat will display detailed information on the different varieties offered for the export market by Blue Whale, news about current promotions as well as some delicious new Novablue recipes. 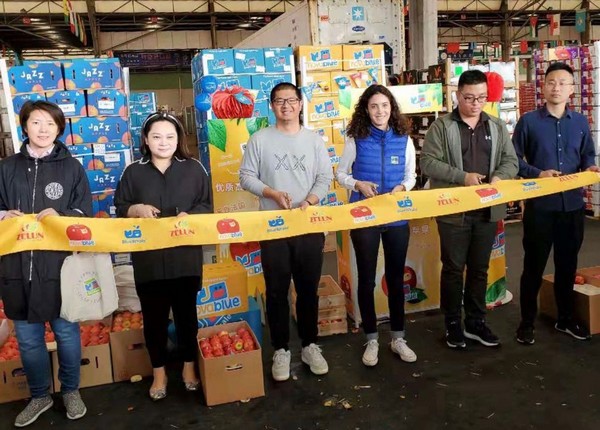 These promotions will be followed by campaigns for the Candine variety, which is also exclusive to Blue Whale. Candine stands out for its high sweetness and appealing looks with a round shape and nice blush. Having been promoted to a professional audience towards the end of last year, this variety has great enthusiasm from Chinese consumers.

Blue Whale, which produces a total of 19 different apple varieties, has been firmly committed to developing the Chinese market for around a decade and expects to increase its offering. “Last season we exported to China 220 containers which doubled volumes from the year before. This season our goal is to once again double our volume. More  specifically, for Novablue we’re expecting to increase our export volume by at least 20%,” explains Ms. Jeanson.

The partnership it has established with ZeLun is key to this development. “We’ve been working with Blue Whale for more than ten years. Blue Whale is a very well-known French fruit company, happy to communicate with customers and implements a strong marketing plan to support sales. After all these years of collaboration, we’re now more familiar with each other’s culture, which is the strong basis for a good long-term relationship,” concluded Mr. Weng.