As the peak Australian mango season gets closer, a leading produce retailer is looking to build on its growing popularity with consumers.

"It's a culmination of a lot of hard work by a really hard-working team, and that's the acknowledgement we deserve," Mr Ceravolo said. "It acknowledges that we're on the right track and doing things that customers want. We don't mean to embarrass the major supermarkets by highlighting this, quite the contrary, it's because of them, and what I have seen over the past decade getting better, which drives me. I know that if I take it easy, then they will be snapping at my heels. Recognition of your competitors is a healthy thing."

Harris Farm Markets scored 81 per cent in the overall satisfaction scores, just behind Foodland at 82 per cent, followed by Costo (76%), Aldi (74%), Woolworths (69%) and Coles (67%). But Harris Farm Markets was a clear winner when it comes to quality of fresh produce.

"I think this result was a part of our willingness to evolve and understand the rapidly changing nature of our customers and what they need," Mr Ceravolo said. "I think us listening to our customers is what has kept us at the forefront of fresh food retailing. The customers represent the beating pulse of our business, and without a pulse you have no business - so when customers speak, we really do need to listen. In 18 years in this position, I have watched many of my colleagues in the market place fail to evolve and change with the times, and unfortunately over time they have disappeared." 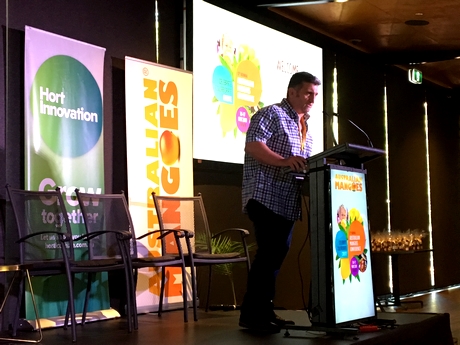 Photo: Carlo Ceravolo at the Australian Mango Industry Conference in May

He added that the independent sector is down to the 'bare bones', and the traditional greengrocer is becoming increasingly 'insignificant'. He puts some of the reasons for this down to the high associated cost of business and not spreading the risk, which made it too difficult at the end of the day to stay afloat. While, Mr Ceravolo says the emergence of Aldi and Costco also caused pain for many greengrocers, but Harris Farm is aiming to consolidate principles and methodologies that have been successful in the past to expand into other fresh categories such as meat, dairy and seafood.

Harris Farm Markets has nine members in the buying department, servicing 22 stores, Mr Ceravolo says his company is taking a different approach to its rivals, by implementing simple philosophies.

"Product knowledge is a must, and we don't chop and change categories," he said. "We allow our buyers to build up knowledge in their categories. I have heard that it can take five years for a buyer to get a return on his investment. I think there are times where many over-complicate what is a simple industry. We are in the business of selling fresh fruit and vegetable. It's about getting the freshest produce on the shelves at the right price."

In the CHOICE survey, the retailer was also the standout when it came to quality of fresh produce, stock turnover, product availability, and quality of supermarket's own brand products. Mr Ceravolo says the company has procurement policies based on eating quality and varieties.

"With many produce lines, varieties can be confusing," he said. "We try and take the confusion out of it for our shoppers, and we do the choosing for them. I think that has gained us a lot of trust with our shoppers. One of the beauties of Harris Farm Markets is that whilst we are growing, and are a formidable size, we are still agile enough to make short term decisions. So, when we do hit tough times, we can move things through the supply chain very quickly and efficiently; we can have something on promotion or special in a short 24-hour turnaround." 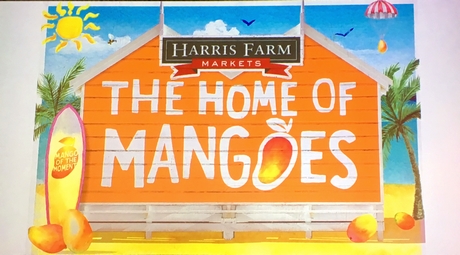 Mr Ceravolo says Harris Farm sources directly from growers, as well as buying from the Central Markets, and that balance is two-fold; it provides quality and is a mechanism for finding the right price.

"Our customers tell us they want quality produce, and I accept that they hold us to a higher standard than most others," he said. "They tell us that they want to try new products, and also they look for convenience. They want a pleasant shopping experience. They want to know their food is safe and customers are becoming more and more environmentally conscious. But most importantly, customers seek value, and for us, it's about finding that meaning of value. There is no straight forward answer to this, because we have different customers."

He explained that mangoes are the centrepiece of the retailers’ summer fruit campaign, and recently copyrighted the slogan "The Home of Mangoes".

"It is the pride of the summer season for us," Mr Ceravolo said. "It is something that we are passionate about, because when we get it right, it is a key business driver. It leads to an increase in sales and customer growth, but not only that, doing mangoes well creates an atmosphere and ambience in the stores that no other produce can replicate. But mangoes are a difficult line, they are temperamental, like cherries and grapes, and it is those items that we put a lot of time and training into our people to make sure we get it absolutely right - because when you do, there's significant reward."