The various Dutch greenhouse vegetables developed very differently this season. For example, cucumber prices recovered well. This, after a very average start to the season. Aubergines had a difficult season. Tomatoes have been trading at reasonable to good prices for a while. And the price formation of colored bell peppers has been dismal in recent weeks. Ton van Dalen, the Director of Best of Four, a produce wholesaler from the Netherlands, takes stock of these developments. 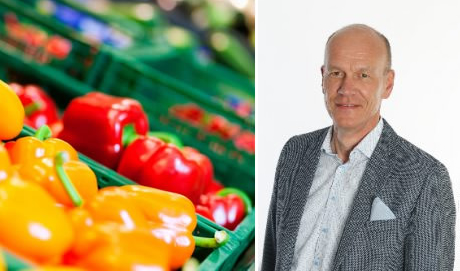 Bell peppers
"These past few weeks were tough for the colored varieties. Green bell peppers are still somewhat of an exception this year. Not only in price formation, but also in sortings and quality," says Ton. "For the longest time, we have seen a significant increase in smaller size sortings."

"This has led to large price differences in the different weight sortings. These differences, in turn, made for acreage expansion in Spain. They are the early segment. This also affected prices considerably. The expectation is that these price formations will not improve much. All in all, we had a reasonable season. Except for the first three and last four weeks."

Aubergines
With aubergines, we have had a difficult season. There was considerable growth in acreage. This expansion means we could not realize the prices necessary for a good return. The weeks from week 32-33 usually make for a good upturn in the price formation. Prices did rise, but not to the level reached in previous years. Currently, we see the prices fluctuating quite a bit - from low to high and vice versa. Typically, the very difficult weeks still await us," continues Ton.

Tomatoes
"Tomatoes have, on average, been reasonably to well-priced for some time now. In general, production has not been easy. Sometimes this was reinforced by the last hot spell. This hot weather did not benefit the tomatoes' quality. In the small - cherry and TOV - and large sizes, we have seen good prices for weeks. We expect this to continue for a while. The loose tomato segment has, unfortunately, found itself in a downward spiral. The expectation is that this will also remain so. Many growers are nearing the end of their seasons," adds the director.

Cucumbers
"Cucumbers had a very average start to the season. However, since then, cucumber prices have recovered very well. In the coming weeks, every week, more and more farmers will stop with cultivation. Prices are still reasonable. In spite of this, many growers are working toward ending the season. In this way, they have enough time to clean their greenhouses again. Overall, a two-sided season," concludes Ton.