Is there a future for European bananas?

In the framework of a conference held this Thursday afternoon at the headquarters of the European Parliament, MEP's from Spain, France and Portugal were informed about the current situation of European bananas, and the worrying loss of absolute value and the saturation of the banana market in the EU.

On the part of the EU General Directorate of Commerce, the Commission’s commitment not to reduce the € 75 / tonne tariff currently applied to banana imports from third countries through trade agreements was confirmed without the option of renegotiating. It was also recognized that there is a difference in quality between the two productions and the need to improve compliance with social and environmental commitments on agreements with third countries. 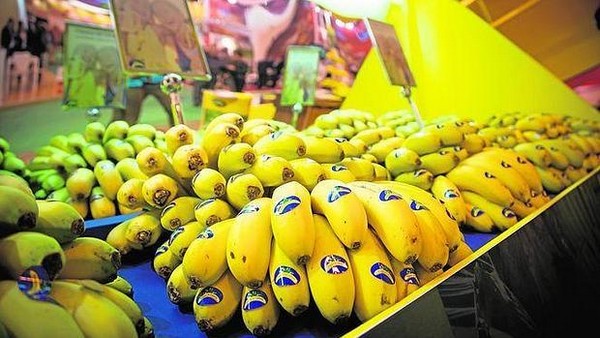 The Euro Parliamentarians moved their agreement on the urgency of applying fair market regulation to replace the current stabilization mechanism, which has proven to be completely ineffective, as well as the need to establish the obligation for all agricultural imports to come from sources that meet with the same rules that are imposed on European producers, especially with regard to the use of phytosanitary products, with the aim of avoiding the current unfair competition that the sector must face. And finally, the importance of respecting the right of European consumers to have transparent information about the differences between the production models of the European Union and those of third countries, as well as to a labeling that informs them about the Origin of imported products.

This act also confirmed the commitment by the European Commission, Council and Parliament with the Community producers to establish the necessary measures for the survival of the sector in the event that banana imports end up causing serious deterioration of the situation of the market or of the banana producers in the Union.

The president of ASPROCAN, Domingo Martín Ortega, expressed his satisfaction with the commitments received by the European representatives: “Taking into account the particularities that European banana and banana producers face every day to sustain their productions in the outermost regions, for the sector it is vital to have the commitment of the European institutions to guarantee the sustainability of the Community producers. We must be able to have realistic mechanisms adapted to the particularities of our outermost regions, in which we are a key sector at a social and economic level. We are fighting to fight a fair battle with our competition, but we must be able to do so in the same conditions in the European market. ”

Banana and banana production in the outermost regions of Europe: a triple challenge at an economic, social and environmental level
Europe produces and sells approximately 700,000 tons of bananas in accordance with European regulations, which are among the strictest in the world. The production of bananas and bananas from the RUPs even goes one step further, complying with very strict self-imposed environmental requirements. In just under 15 years, their production practices have led to a 75% reduction in the use of pesticides. Its objective is to achieve an additional 50% reduction by 2025.

In addition to these environmental commitments, European production creates approximately 40,000 jobs (direct and indirect) and more than 500 million euros of net GDP. This ensures a sustainable European production of bananas and bananas, based on the best cultivation practices, guaranteeing the continuous and balanced development of rural areas in these regions, due to this activity and the jobs it creates.

European market liberalization: a threat to European producers
The European market, which imports 6.5 million tons of bananas each year, is the largest banana importer in the world. Seventy-five percent of these bananas are imported from Latin American countries. But third-country banana producers are not subject to the same social, environmental, phytosanitary and food safety regulations as their European counterparts. This results in unfair competition from banana producers in the ORs with respect to third countries, who supply large quantities to this already oversaturated market and have obtained important tariff concessions, thus threatening the survival of European bananas in the short term.

The reduction of customs tariffs has led to an increase in the volume of low-cost banana imports. The constant increase in supply in the EU market has led to an oversupply and the consequent fall in prices: between 2015 and 2018, the price of a box of bananas fell by 15%, from € 14.1 to € 11.9.