In an effort to offer unique, healthy, and tasty options, North Bay Produce, Inc. has released their first line of dried fruits. The offerings include five items with minimal ingredients including blueberries, cherries, cherries with zero added sugar, cranberries, and whole cranberries. North Bay is known as a leader in fresh produce so this foray into dried fruits may seem unusual but instead they believe that it is a natural progression of their business. “Many of the North Bay’s farms grow these fruits and it is another way to offer healthy products that consumers crave”, said Nick Osmulski, President of North Bay. 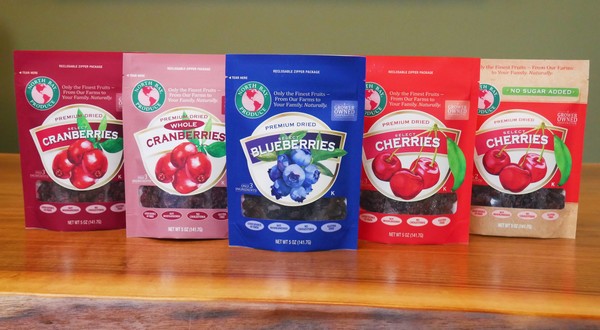 Osmulski continued saying “For years many of our customers have asked if we might offer dried fruits. So, after extensively studying the best methods of drying to assure that the best flavor and health benefits come through, North Bay is finally ready to launch this exciting new product line.”

North Bay will have their new dried fruits on display at their booth at the PMA Show in Anaheim this week, booth 2080, and invites attendees to stop by and try them. They would like to show the many ways that their dried fruits can be used including as a standalone snack and it is also a natural complement to many fresh produce options such as in salads and as toppings, mixes with granola and nuts and it works well in baking. “There is a real art and science to drying fruit well and we feel that we have perfected the craft. We are excited to be launching North Bay Produce Dried Fruits and we believe it will be a hit because most importantly, people will taste the real fruit flavor in every bite” said Jon Wall, VP of Operations of North Bay.