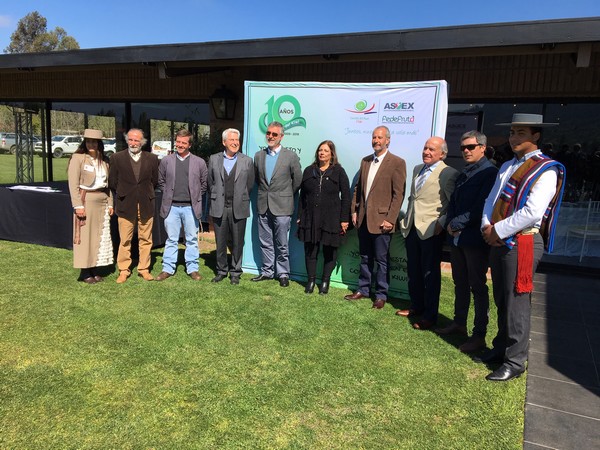 “In recent times, we have learned a lot about kiwis, where they are produced, the best production and adaptation systems, what areas are good, regular, and bad… You have to know how to endure in business, and the people who persevere have a great future.” This was part of the speech made by the Minister of Agriculture, Antonio Walker, in the celebration of the 10 years of the Kiwi Committee (CDK), which was held in Curico. In the event, the Kiwi Committee presented a roadmap for the next 5 years that aims at having an industry that is economically healthy and sustainable over time.

The words of the minister are supported by the fact that some of the current orchards have good production levels and that there is still room to continue growing. The Kiwi Committee's work has been key to improve much of the kiwi's uniformity, quality and organoleptic. The unity that exists in this sector between Asoex (exporters) and FedeFruta (producers) stands out thanks to the joint work they perform, which has brought a number of benefits, including better facing the challenges presented by international markets. 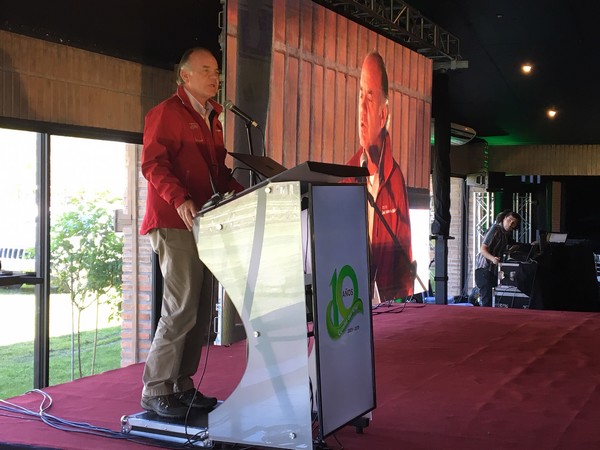 “Hopefully, this unit, which is reflected in the Kiwi Committee, will be replicated everywhere and on all issues. On one of my last tours to the US and Europe, the main markets for kiwi, the recipients told me that this committee marked a before and after,” stated Walker, who added that there were many opportunities in general for all the fruit growing sector. "There are opportunities in the 22 countries of the Arab League and in India with its 1.3 billion inhabitants; in those markets, we can do something similar to what we've done in China.”

Carlos Cruzat, the executive president of the CDK, said the kiwi could be a great business for Chile. "China and India represent an immense opportunity, as eating healthy is a relevant issue for the growing middle class and youth. In the United States, the sector must make its product and its condition as a superfood known so that people consume it in various ways. In addition, along with New Zealand, we are the only country in the Southern Hemisphere who can offer this product at a certain time of the year to the demanding and populated northern hemisphere.

In addition, the buyers have asked us for improvements in Chilean kiwi so there is room for prices to increase, associated with improved quality. Therefore, it is very feasible to have an industry that is economically healthy and sustainable over time.

That's why the Committee's goals are ambitious. The goals include recovering orchards, producing on the entire surface, carrying out irrigation and thinning work on time, improving the soil so that we can develop better calibers and obtain a product with good organoleptic quality. We will also look for ways to make the processes more efficient and cheaper. To do this, it's key to make changes in logistics and post-harvest, where research and development have been and will continue to be relevant. 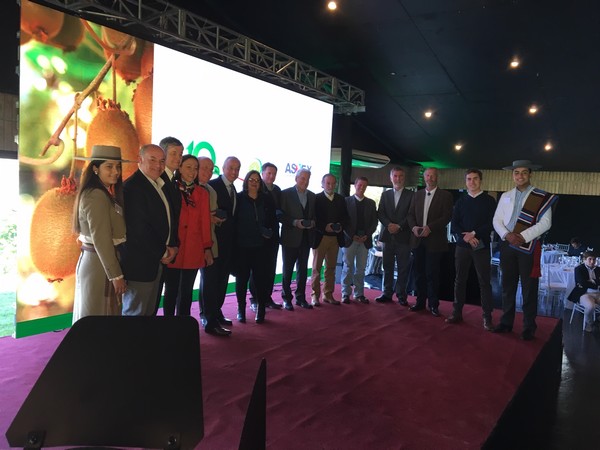 In addition, we plan to implement an interactive virtual platform that facilitates the property management of kiwi producers through shared information that allows the information to reach the producer. It will be like an agricultural Waze. We will work together with new satellite intelligence and spectral analysis techniques to improve the management of the properties, allowing us to maintain the profitability of the species, among other things.

This is an opportunity to project ourselves into the future, as well as to advance in raising and ensuring the sector's competitiveness, producing kiwis under conditions that are favorable for the environment in a socially responsible way, and offering the world a consistent and high-quality fruit,” stated Carlos Cruzat.

Cruzat also said that, even though producers and exporters were members of the Committee, this chain won't be successful and sustainable if the consumers, which must obtain a tasty product and quality, are not considered a strategic and fundamental partner of it.