Packing and sales have started for the 2019 crop of the newly branded Ricó pear for Seeka Australia. The new variety, initially known as ANP 0131 was developed by the Victorian Government’s Horticulture Centre of Excellence at Tatura. 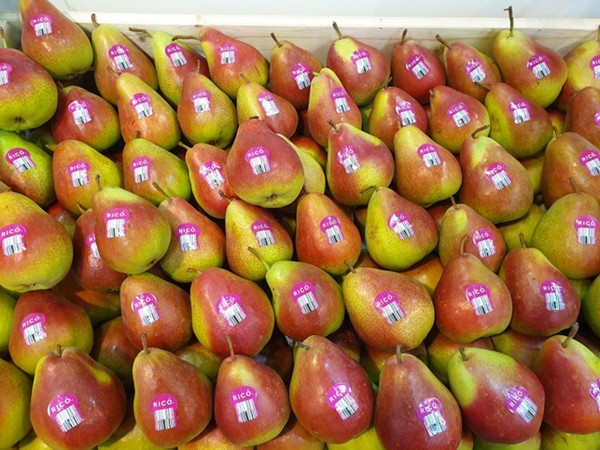 Sales Manager Cameron Carter is looking forward to seeing the pear in the marketplace, with the aim of capturing the attention of both current and new purchases of pears.

The Ricó pear is characterized by a red blush, good size and shape, and importantly as being a pear that has good eating qualities.

Seeka Australia will progressively roll out its sales program for Ricó to both Australian domestic and export markets over the coming weeks, with limited volume from the 2019 crop, and volumes to progressively increase from 2020 as more production comes online.

Seeka Australia is growing Ricó on its orchards in Bunbartha, Victoria, the region lends itself as the largest producer of pears in Australia, with ideal growing conditions, suiting production of a high quality, great tasting pear.

Seeka Australia is one of four main growers of the Ricó pear, with Apple & Pear Australia Limited (APAL), the pear’s master licensee.

Seeka Australia recently showcased Ricó pears at its stand in Asia Fruit Logistica Hong Kong, attracting lots of attention and enquires. The pear category has been long needing a new and branded pear to excite both buyers and consumers.