Growing lettuce locally: How close can you get?

When talking about the future of food production, almost everybody agrees that food can be produced much closer to the consumer. Especially when looking at the US lettuce market, the distances travelled by leafy greens are encouraging indoor farmers to join the market. Then, there’s the second question: how close to the end consumer will they go? It appears there are two schools of thought when addressing this question. One argues that food should be produced ultra-locally in metropolitan areas very close to the consumer, while the other believes that placing large facilities strategically outside metropolitan areas is more viable.

Local approach
Patrik Borenius from Green Automation Americas is a strong advocate for the strategical local approach. "At least for any operation that intends to compete with field lettuce on a cost basis and thus have a meaningful impact on the current lettuce industry."

He points to the Finnish growers that have managed to turn their indoor grown lettuce into the most common and popular lettuce on the market, essentially “taking over” the shelf space from the (imported) field lettuce.

In his presentation at the Indoor AgTech Summit this year he explained that in order to do so, they created a sustainable business model and were able to produce and sell the lettuce at a price comparable to the field grown lettuce. "The higher quality of the indoor grow lettuce did the rest", he says.

These successful Finnish greenhouse growers, all have three characteristics in common. "A strategic location, an efficient way of growing and large operations."

Strategic location
"The Finnish growers have opted for a strategic location close enough to metropolitan areas and distribution centers to be able to deliver fresh and local food within a few hours’ drive, but far enough away to have extremely favorable conditions regarding land-, energy- and labor costs", Patrik shows. "The availability of a direct use heat source such as a powerplant is of particular importance given the winter temperatures."

"The more adverse the prevailing conditions are, the more important yield/area is. The cold temperatures and very dark winters in Finland require significant use of artificial light and thus plant density is absolutely paramount. Labor plays a big role as well and typical systems in Finland are so automated that the annual yield per employee is in the range of 150,000-200,000 lbs (~70,000 - 90,000 kg/employee)."

Large operations
In order to achieve a competitive cost level, realizing economies of scale has become a must, Patrik explains. "As producing lettuce indoors transitioned from a niche product to a mainstream product, demand grew, and indoor growers went from competing with the field producers to competing with other indoor growers for what is the new lettuce mainstream market. Large scale lettuce growing operations of 15 acres (6HA) and larger are typically found. Competitive pressure led to consolidation and the now active growers typically operate several such large facilities at multiple locations." 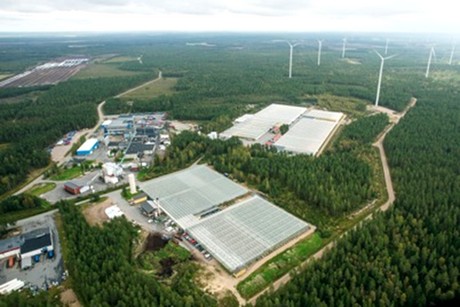 The Finnish strategic local model in Honkajoki, 300km from the population center of the capital Helsinki. 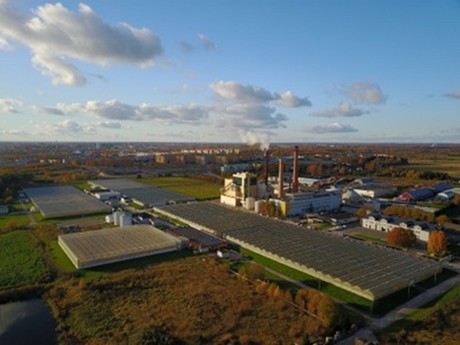 The strategic local  model implemented by a Finnish operator in Estonia, 200 km from the population center of the capital Tallinn.

But what about ultra local ?
During the Indoor Ag Event there was a lively debate, whether “Ultra Local” operations located right in the cities and communities where people live, will represent the most significant opportunity for growth or if larger facilities just outside metropolitan areas would. There were certainly advocates for both sides.

Research presented at the event by Neil Mattson from Cornell University, showed that both a vertical as well as a greenhouse operation in a New York City borough will, production cost wise, be very challenged to be competitive with field produce and would have to rely on a price premium to be financially viable. He also showed that locating a highly automated greenhouse in a peri-urban location to NYC would lead to per/kg production costs that are in the range of field lettuce 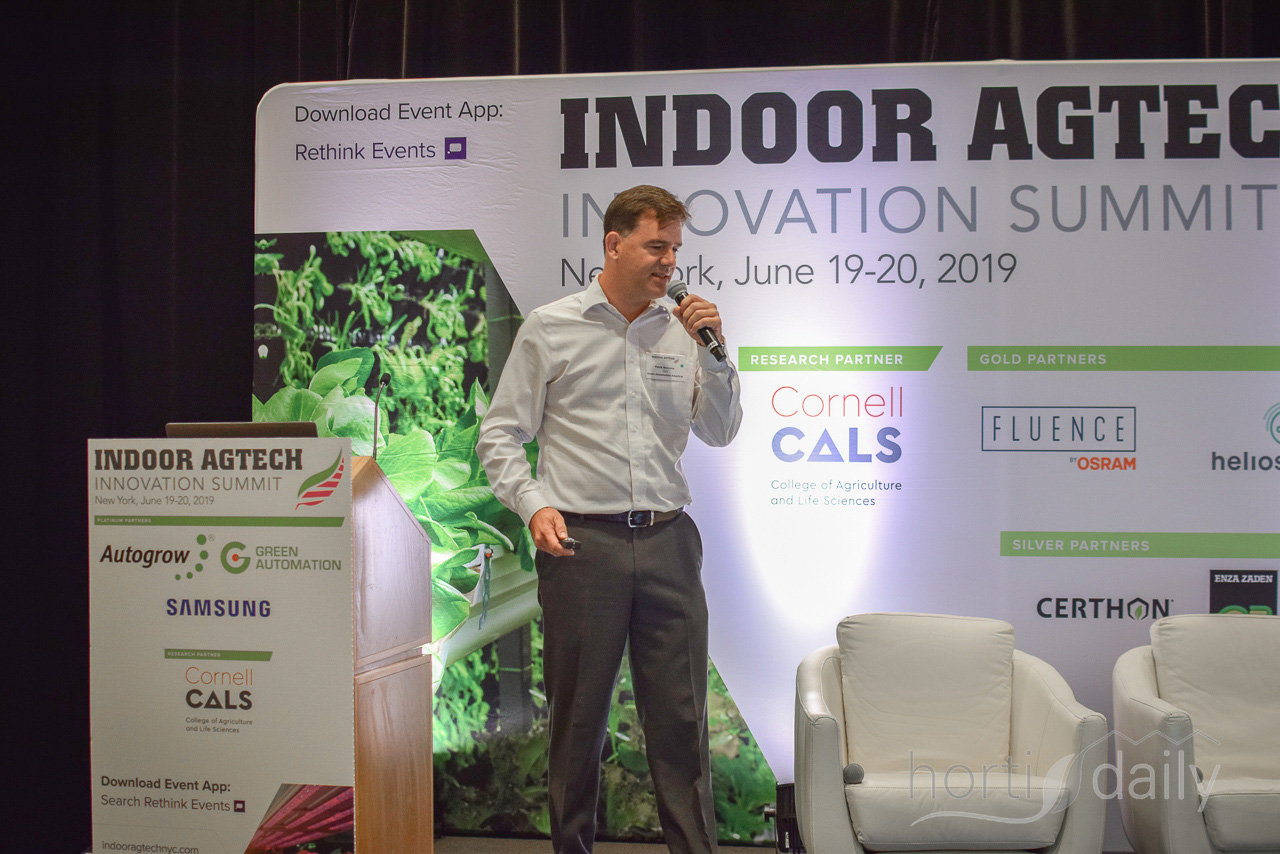 Patrik Borenius on the Indoor AgTech in New York

Investments
Currently on one hand a significant amount of investment is going to ultra-local operations in urban areas, such as Plenty, Bowery, AeroFarm, and Gotham Greens.

Outside the US many investments have been made into large scale greenhouse operations, like Whole Leaf in Alberta, and Emsflower and Siberia in Europe.

These three examples from Canada, Germany and Holland all appear to follow the Finnish model regarding the size and location of the facility as well as largely in terms of the growing system.

"It looks as if there is continued investment towards both ultra-local operators with relatively small operations spread out over the country, (both, greenhouse based and vertical/plant factory) as well as large operations in strategic locations", Patrik summarises.

Ultra Local and Strategic Local
"So the race is on between the “Ultra Local” and “Strategic Local” advocates. Finland is unique worldwide regarding the role of indoor grown lettuce, but it is interesting to see the ongoing transition to greenhouse grown lettuce in multiple countries."

"With regard to long-term profitability and thus viability, we continue to believe that only the “Strategic local” approach with a large efficient facility at a low-cost location, has the potential of disrupting the field lettuce business. The Ultra Local model can be a profitable business for niche markets if done well, but it will not be in a position to replace the field lettuce on the market, to such a large extent as greenhouse growers in Finland have shown is possible."

Thus, Green Automation continues to focus on and work with operators and clients who share the “strategic local” business model.

TrueHarvest Farms
One of the completed farms equipped with a Green Automation growing system is just ramping up their operations in Texas under the brand TrueHarvest Farms. The farm is strategically located in the “Texas Triangle” between Houston, San Antonio and Dallas, and only 4 miles from the Interstate.  Trueharvest Farms will be providing this geographic area with fresh head lettuce and herbs. The company has almost unlimited space to expand in the future. 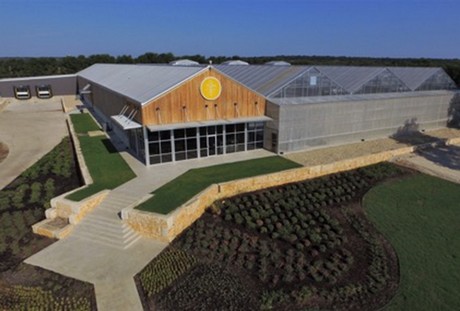 TrueHarvest Farms is ramping up their production of fresh head lettuce and herbs. 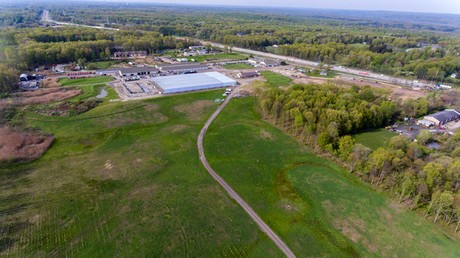 Fresh Local Produce of Ohio has plenty of room to expand their growing operations. 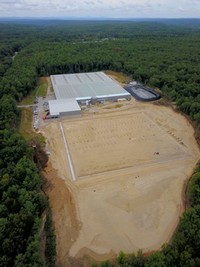 Little Leaf Farms, who started their lettuce production in 2016 is already into their third phase expansion and is scaling up to a 10 acres facility at their location in Massachusetts.

Little Leaf Farms has started their next expansion of their operations.

“The owners of these operations are ready to have a large impact on the lettuce production in their area, says Patrik. "None of them has ‘fully’ checked off all the boxes in the Finnish business model, yet, but soon will and the operators and investors are definitely seeing the opportunities in the market."

Beyond these locations, Green Automation systems are currently being manufactured for further locations in the Midwest as well as Mountain West. "In all cases these projects feature the highest efficiency growing system and are being established at strategic locations, with low costs and in close proximity to Interstate Highways and produce distribution centers.”