US mango imports show a steady increase year over year 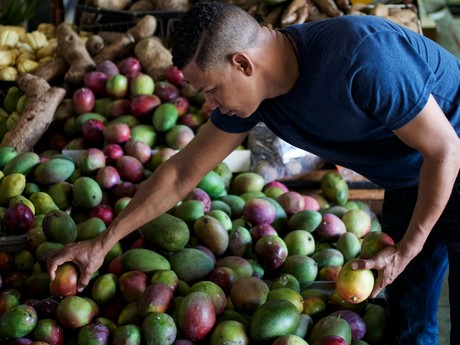 Volumes out of Mexico are coming from the South Sinaloa Region (EMEX) and the North Sinaloa (Mangoz). “Due to heavy rain late in the season, South Sinaloa will be ending their season earlier than expected,” says Vlad Mitton with the National Mango Board. “In North Sinaloa however, the growing conditions have been favorable and are expected to go on with the season as previously expected.” Most likely, mangos out of this region will be shipped until the second week of October. Overall, the projected volume for Mexico is expected to be about 3 percent higher than last season.

Both the Brazilian and Ecuadorian seasons have been delayed due to adverse weather conditions. Ecuador is expected to start its season around mid-September and packers and exporters in Brazil are working to make up for the delay. Peru is expected to start the second week of October and end around March 2020.

This graph shows a steady increase of US mango imports over the past five years. 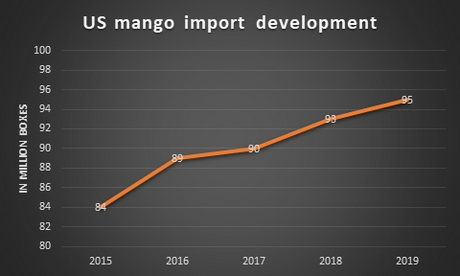 Varieties
Opposite to volume and value imported, mango varieties haven’t shown much change in recent years. “It takes years for mango plantations to get established and any shift in market demands related to a specific variety would take quite a while to be translated into practice from an agronomic standpoint,” Mitton explained. As a result, Ataulfo (honey mango), Madame Francis, Keitt, Kent and Tommy Atkins continue to be the main varieties.