Feedback was great for the three-day event dedicated to almond cultivation held in Andalusia (Spain) between 2nd and 4th September 2019.

Visitors included entrepreneurs looking to acquire information and confront themselves with other successful producers so as to make the right choices for their businesses. Italian visitors came from all over the country: Sicily, Puglia, Lazio, Tuscany, Veneto and Friuli. 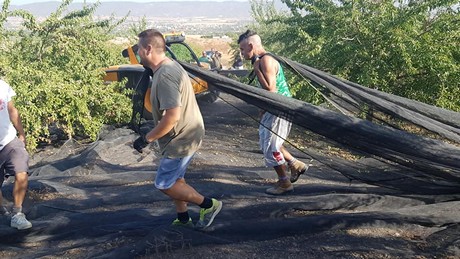 Almond trees were planted as both traditional "dry" systems (without irrigation) possible thanks to the frequent rainfall in Cordova during spring (March-April with 120 mm) and fall (September-October with 100 mm).

Despite the lack of an irrigation system, yields were interesting also thanks to the silt-clayey soil that retains soil humidity and reached 7-8 kg/plant on the fourth year for an investment of 330 plants per hectare (plant layout 6x6). According to the technicians, yields are destined to increase up to 10-12 kg/plant. 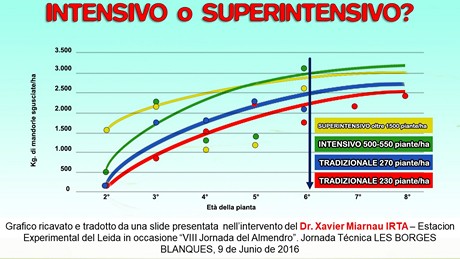 The visit to the traditional grove was followed by a call to a higher-density system managed using the "Zaragoza" system developed by technician Jordi Mor. This method obtains bushy-cylindrical foliage on a 75-80 cm trunk thanks to upright branches generated by a series of toppings performed during the first 24-30 months. 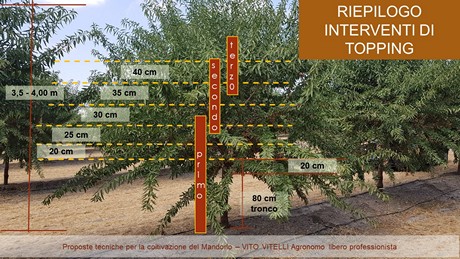 The objective of the "Zaragoza" system is to provide an alternative to so-called "Super-Intensive" systems, as they have high set-up costs as well as additional costs for pruning operations and mechanical interventions needed to renew the plants. 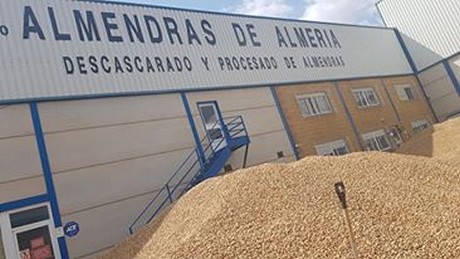 Meetings with technicians from the processing and drying facilities were also interesting. The drying process is performed within 24-48 hours from harvesting to prevent the onset of any fermentation process which would alter the flavor of the fruit. 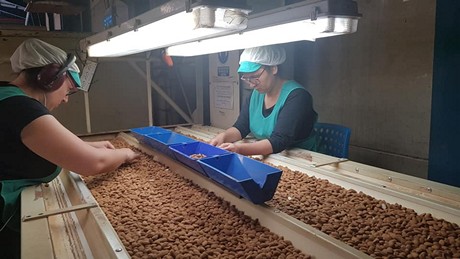 The event ended with a visit to a facility in Almeria. After being shelled and dried once again (humidity percentage around 5%), almonds can be peeled, sliced or milled to obtain flour. 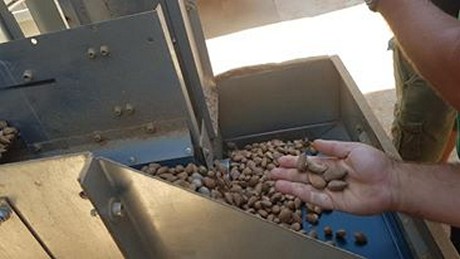 Visitors could see the entire production and processing system: cultivation techniques, mechanical harvesting operations, post-harvesting management, hulling, processing, drying, sorting and shelling. Spain is one of the leading countries that has recently witnesses a huge progress when it comes to almond cultivation.