Last week Asia Fruit Logistica took place despite worries about the demonstrations in Hong Kong. Visitor numbers were certainly down but on the whole stand holders were very happy with the event.

A few stand holders were not happy about the fact that their stands had been moved at the last minute, in some cases to less prominent positions. Most however, were pleased by the quality of the visitors as it seemed that only the people who were serious about doing business turned up. Many companies made use of the opportunity to walk around and meet other companies that were present at the exhibition.

Friday was expected to be a bit of a washout but there were more visitors than expected, though some stand holders were not pleased with the early finish and quite a few didn't turn up or left before 3pm.

Australia and New Zealand
The Australian and New Zealand stands were busy as always, exporters from these countries said they have done great business with Asia this year, some of this is due to the various trade wars and increased tariffs, especially for apples. 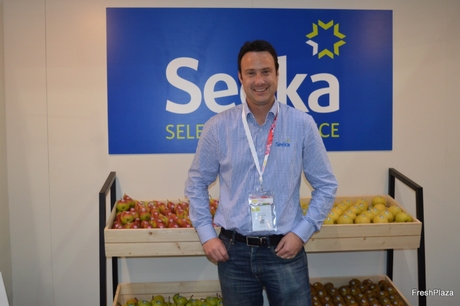 Cameron Carter from Seeka Australia who are now in full production of the Rico pear.

Exports to the European Union of onions and sweet potatoes have significantly increased due to the shortages and the exporters hope to keep this market open in coming seasons.

Companies were also promoting new varieties of apples and pears as well as bi-products such as juices and ciders. 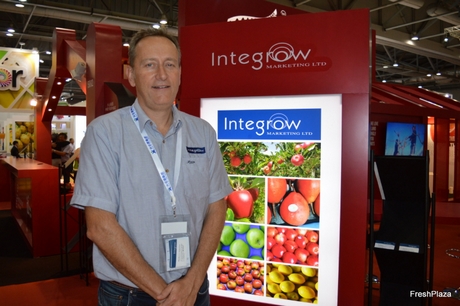 Philip Bird from Integrow said he exported three times as many onions to the EU this year. 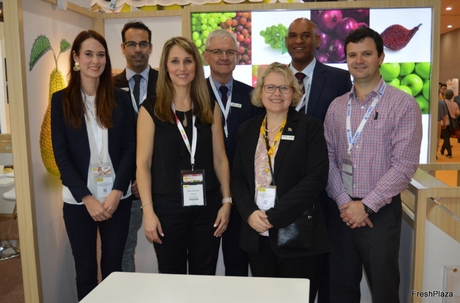 Europe
Many Italian exhibitors said that there were many buyers from India. This could be an interesting new market especially for kiwis and apples. Increased tariffs allow European to enter the Indian apple market, replacing the United States. Italy is about to start selling apples in Vietnam and producers are very optimistic. 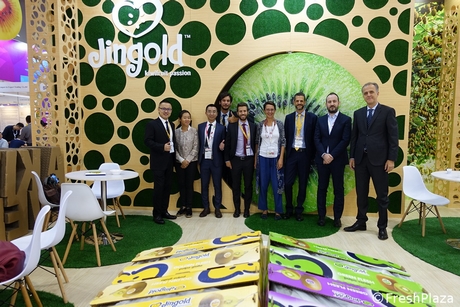 One German exhibitor says that he is selling apples and apple juice into China. Chinese clients want the best, very sweet and top quality for the high-end consumer. He is also supplying Taiwan, India and Singapore, though he was a little disappointed because he has seen fewer visitors than in the past.

A Spanish table grape grower said he is very optimistic about selling in China. The Chinese consumer wants intense black and very sweet grapes. Next week exports to Vietnam will start. The average cost for transport is 0.25 euros per kilogram. It is more expensive to transport to Europe with trucks than to Asia by sea. 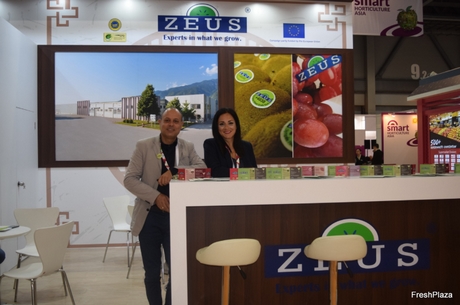 The market for Egyptian citrus in Asia is growing and growing, it's everyone's focus right now. While Indian exporters are looking into expanding into Europe, especially with grapes and pomegranates. As for Turkish exporters, the fig season is in full swing and they expect a fantastic season. Pomegranates is next up, which is always a big export product for them. 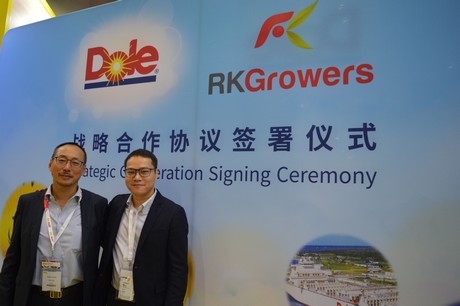 Besides importing, Chinese companies are also focusing on exporting their products. Most go to South East Asian countries, but they are very willing to export their products further afield. Garlic, ginger and onions are already popular products for export, though more companies would like to sell their fruits to the international market as well. One company improved their quality and production output, in such a way, that they found interested buyers in America. In the future the export of Chinese products might increase even more. 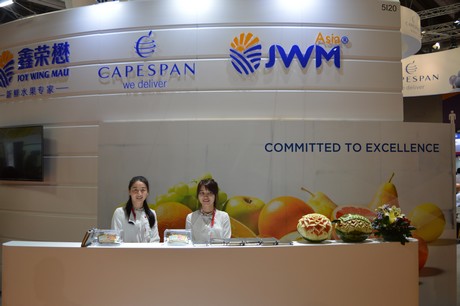 An increasing number of South-East Asian companies are buying bananas from Vietnam. Although the export volumes of Vietnamese bananas is not as high as the Philippines. One exporter has seen a trend in big Chinese companies shifting their attention to Vietnamese bananas due to reasonable pricing and guaranteed quality. 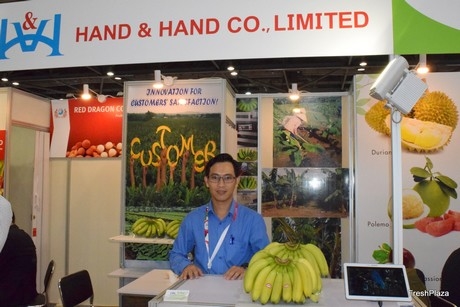 Japanese company Aomori Trading Co., Ltd have started to supply the branded “Hello Kitty ” apple from Japan. “Hello Kitty” is very popular in Asia and they hope to create brand awareness and attract customer attention. “Besides the high quality of Japanese fruit itself, product and package design are also important for us.” Among all the Japanese apple varieties, the Qingsen apple is becoming more and more popular among South-Asian customers. Despite its high price, the sales volume of Qingsen apples is growing every year.