The table grape season is characterized by day-to-day planning due to the slow sales on the foreign markets and slow demand and consumption.

"The season hasn't started yet. Few outgoing pallets and slow negotiations are the result of our choices to keep prices high, even though they aren't very high anyway," reports a producer from Puglia. 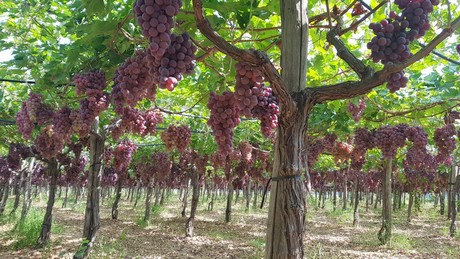 According to the operator, the slow market is not due to the strong competition. "Spain is not flooding the market despite what everyone thinks or like it did in the past. Actually, Spain is reproaching us for the same reason - we are the ones underselling our product to buyers. In addition, it appears there are fewer black and red volumes from Spain, so the price is established very carefully."

Yet Italy is not doing so well. "If we don't get any orders soon, we will be forced to store our grapes due to the rain that is about to come in fall. The situation needs to improve as the produce is good and no relevant diseases have been reported. Quotations will increase, also by our choice, as we did all we could to guarantee good blossoming in spring and irrigation and labor costs were higher in summer because of the heat." 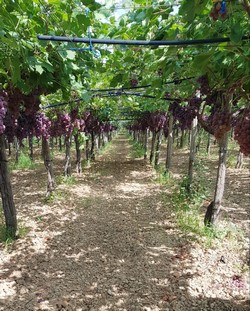 "We started harvesting the first bunches of Italia grapes destined to northern Europe this week. Price is satisfactory and we are shipping a lot of Regal white seedless grapes to North Africa and Northern Europe. Red Globe is popular mainly in Portugal and Spain, and Crimson is mostly demanded in Northern Europe."

Demand from Eastern Europe is slow, as they still focus on Victoria grapes. "Let's not forget the season is at least 15 days late this year. From a commercial point of view, it's as if it were mid-August."