“We’re seeing a decline of supply out of Mexico. Production is finishing up in the Northern areas of Mexico—Los Mochis. There will be a few Keitts available for the next few weeks and then we’ll start to see that trend downward,” says Mark Cassius of Modern Veg Farms LLC in Rio Rico, Az. who adds that Mexico is wrapping up at its typical time of the year.

He adds that the next country shipping mangoes in will be Brazil with solid volume. “There are already some on the way. They’re starting a little bit earlier,” says Cassius. “There will be a good sale opportunity for Brazilian mangoes with Mexico finishing.” 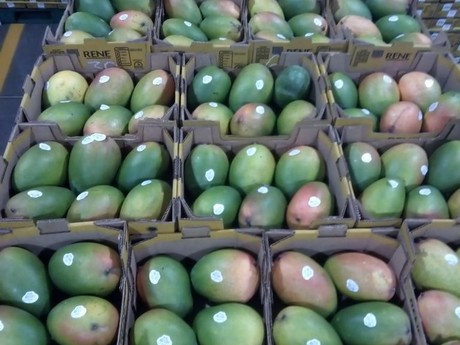 Domestic deal
At the same time, some Keitt mangoes will also start some small production out of California. “It’s just a very small deal—a few small growers will start with Keitts there,” says Cassius. “Usually California starts the middle of September. You’ll see out of the desert a small window for growers of three to four weeks and then they finish up—they usually go through the first two weeks of October.” Cassius adds though that the fruit tends to be distributed throughout the West Coast and Southwestern U.S.

At the same time, demand for the tropical fruit is transitional as well. “There are so many varieties of other fruits available during the summer months and suddenly consumers seem to realize that mangoes are less available,” says Cassius. “They’re gaining in popularity, particularly with the younger demographics.”

Mangoes are also catching the eye of processors. “Consumer are buying more peeled, sliced, ready-to-eat mangoes and we’re seeing a lot more mangoes used in foodservice. That’s fuelling a lot of demand and helping with consumption,” says Cassius. “Mangoes can be challenging and messy to peel and eat and if you can have someone do that for you, it’s a great opportunity to increase demand. It’s like pineapples and where they were years ago. I think this is creating more consumption among people that have not eaten mangoes, so they try it and have a good overall experience.” 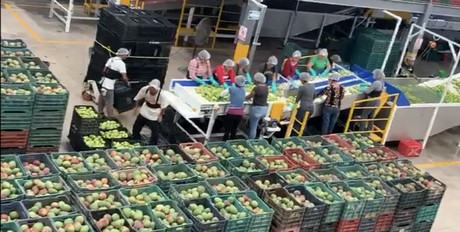 Pricing likely to strengthen
And as the supplies are transitioning, pricing for mangoes is on the move as well. “We went through the dog days of August and we hit bottom probably towards the beginning part of August,” says Cassius. “But because supplies have been dwindling a little bit, we start to see pricing go upwards which is typical. Pricing is steady right now and it looks similar to last year at this time.”

Looking ahead, as Mexico wraps up—it will likely re-enter the market in late February with supplies from southern parts of Mexico including Oaxaca— for now Brazil will gain strength and be the dominant supplier with Tommy Atkins mangoes first. “Typically, everyone is excited because Tommys have very nice color,” says Cassius. “I haven’t had any reports yet about quality, so far so good.”

Brazil will stay in the market until the beginning of January and then Peru will begin with its mango exports.