Day one of Asia Fruit Logistica 2019

Asia Fruit Logistica 2019 commenced on September 4th in Hong Kong. Despite recent unrest in the area, the event got off to a good start. There is noticeably heightened security at the event, but there were no signs of any disruption, neither at the event nor in the surrounding area such as on the trains or in the city. 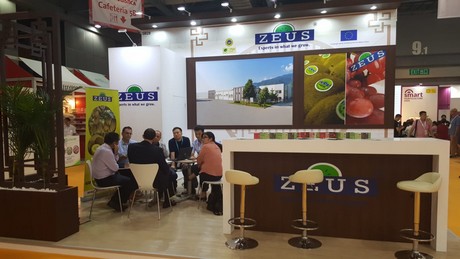 The exhibitor turnout was good, and only a few companies cancelled their plans to attend. Some Thai companies, for example, have not shown up, their booths being closed off with a white wall. The visitor turnout, however, is noticeably less than it has been in previous years. Italian exhibitors Italian remark on the low number but are confident that there will be more visitors in the following days. One Thai company mentioned that a few of her Dutch clients canceled their plans to come visit the show. She thinks it is a big pity with regard to her business. Chinese companies say they still have some regular clients visiting their booths, which can be seen for most bigger companies. Smaller companies seem to have less visitors.

As for the produce being exhibited this year, the Turkish companies are mostly focusing on their figs and citrus seasons, displaying these fruits. Some of them attended a trade fair in India prior to coming to Asia Fruit Logistica. The Egyptians are loving the exhibition; hardly any of their stands are ever empty. Overall they agree it was a slow day, but the companies are glad they showed up. 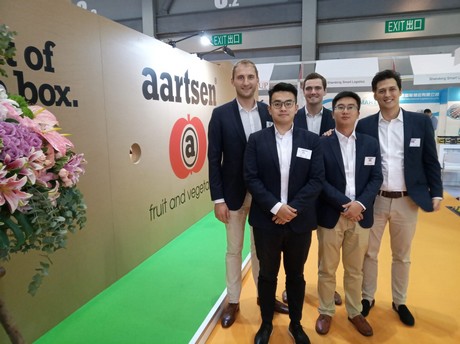 This year Aartsen Fruit decided to think out of the box for their booth design. They designed a fruit box booth and got a lot of attention from the visitors.

New Zealand onion growers are talking about a great export season to Europe and are hoping to keep some of that market for next year. New Zealand apple growers share that they exported 50% more product to Asia this season and are very encouraged by the increasing interest in organic produce. The Australians are looking to export bananas to Asia with a point of distinction such as premium organic to set them apart from the competition.

For the Italians, kiwis and apples are the biggest export products moving into the far East from Italy, from a commercial point of view. The season has just begun for them and the prospects are good. The Italian consul general in Hong Kong, Clemente Contestabile, visited his nation's stands this morning.

The event is a strategic place for companies from all over the world to engage with each other and solidify cooperation. This year, Dole China and RK Growers used Asia Fruit Logistica as a platform for signing their MoU to work together in the next few years. RK Growers will be the supplier of European fruits and Dole China will be the seller in China. The first fruit they will collectively bring onto the Chinese market is the Dorí yellow kiwi fruit. They are both very confident in the potential of this fruit and expect good results in the market. 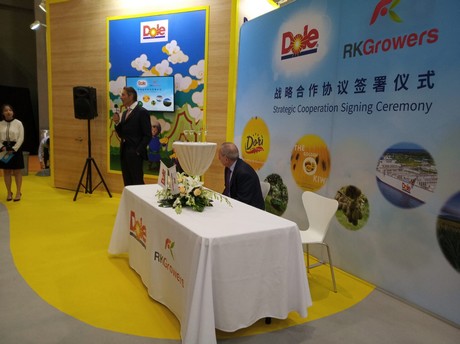 Thai companies are mostly focusing on Durian. Many Vietnamese companies brought coconut and dragon fruit to the show, but some of them are also displaying Durian. Japanese companies have relatively big booth with a special design, and are focusing on the Japanese apple and peach. These companies all mentioned that they would like to increase the global visibility and recognition of high quality Japanese fruits.