The results obtained by a pre-calibration line for pears, which was built by the Italian company UNITEC for the Diamond Fruit Growers cooperative in Oregon, have been highly positive. According to David García, the president of the entity, the distributors who received the calibrated products highlighted the quality and homogeneity of the fruit. In addition, several chains explicitly stated that the high quality of the product displayed on the shelves significantly increased purchases.

Other competing fruit and vegetable plants, as well as several top-level distribution chains, traveled to Hood River Valley, where the Diamond Fruit Growers processing plant is located, to learn first hand about the operation, efficiency, and fluidity of the 18-channel pre-calibration line, equipped with Pears Sort 3 technology. 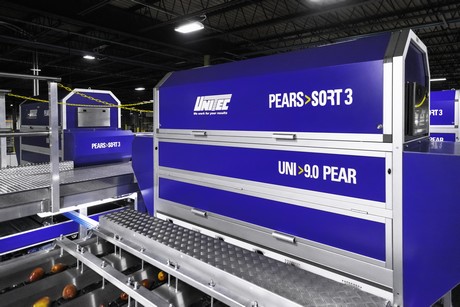 The prestige achieved by the UNITEC system in this pear season has been more relevant due to the distrust that the US fruit and vegetable sector have of pre-calibration lines. In fact, up until now, North American fruit and vegetable processing plants had opted for having direct packaging lines, based on the idea that pre-calibration lines lacked delicacy and could damage pears. Thus, they lost the opportunity to package a properly classified product.

The choice made by Diamond Fruit Growers represents a true turning point that has given other fruit and vegetable plants the possibility to verify that the pre-calibration line treats the fruits even more delicately than the direct packaging lines. 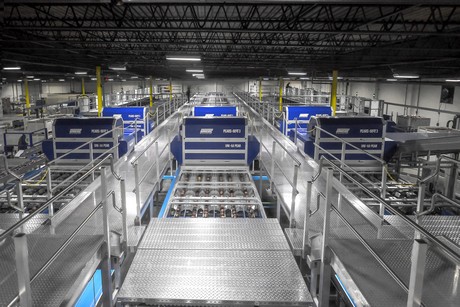 In addition, the reliability and precision of quality selection are guaranteed by the high-resolution cameras of the Pears Sort 3 system, which was developed by Unisorting - a division of the UNITEC group - that allow having a total view of each fruit and reaching high levels of homogeneity in the selection of the pears' quality.

The line purchased by Diamond Fruit Growers is the first highly specialized facility in the world for processing and selecting the quality of pears. Unlike all other technology providers with whom the cooperative spoke, UNITEC assumed the responsibility of designing and building a line dedicated exclusively to this fruit from scratch. 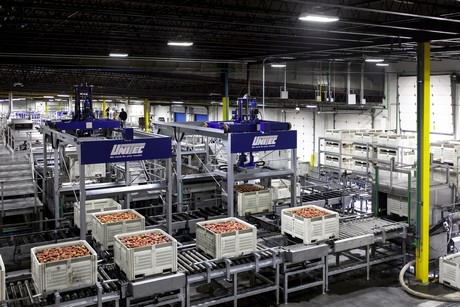 Garcia also highlighted the almost 100% increase in production efficiency and the significant reduction in labor costs: “Our pallet processing capacity per hour has increased. Before, we could process 70 to 75 with two lines. Now, with the new line, we process 100 to 140. In previous years, we had up to 75 employees for each selection shift, and we were able to reduce them to 12-15.”

UNITEC is present in the United States with two operating subsidiaries that allow it to be close to its North American clients. One is in Lodi, California, and the other one is in Wenatchee, in the State of Washington.