"Quality of air freight cherries from the US is good"

“Imported cherries this year are popular in the Chinese market just as in previous years. In general, there are fewer varieties imported in the summer and prices are not much different from those of previous years. Even when the price rises, as long as the quality is good and the taste is unique, consumers don’t stop buying because of high prices,” said Nina from the Shanghai Ivcsun Industrial Development Co Ltd. 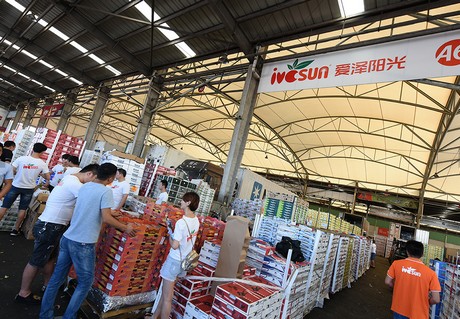 “Currently, imported cherries marketed in China are mainly from Canada and the United States. The demand for Canadian cherries is not large at the moment, and many e-commerce traders have not promoted these cherries because of their irregular shipments. So far, we’ve only seen occasional shipments by air and one shipment by sea, whose price is not ideal. At this time last year, the price of sea freight cherries was around 300 yuan a box, while this year it’s still around 400 yuan a box."

“Canadian cherries don’t compete with Chinese cherries on the market, as their season doesn’t clash with the Chinese season. Currently, there’s basically no Canadian supply available, and when there are volumes available, good quality cherries don’t need to worry about sales. This year, only Turkish cherries pose a threat to the market share of Chinese cherries, whose prices range from 26 yuan to 28 yuan per kilogram." 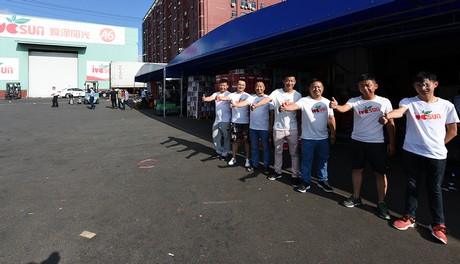 “American cherries this season has dropped by about one-third compared with last year, and the demand is not large. The first air freight cherries arrived on May 4, and the current market volume is quite large. Compared with cherries from other countries of origin, the quality of American cherries shipped by air is better, and the sizes of 9.5-10 sell better. The most packed cherries this year are 'Ice Bear' and 'Little Bee’, while Lapins and Sikeina are the more popular varieties with acceptable prices. The Sweetheart variety suffers from serious denting problems, therefore fetching a lower price, between 40 yuan and 60 yuan per kilo, but sizes 9.5-10 sell better. The demand for small-sized fruit from E-commerce traders is large, whose unit price is relatively cheap therefore suitable for promotions.” 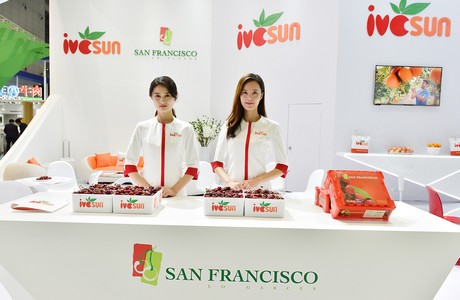 “In addition, the overall production of durian from Thailand this year is higher than last year, and the quality has improved significantly compared with previous years. Despite the significantly risen production, prices in general are higher, the main reason being the increased demand in China. The arrival of the liquid nitrogen frozen musang king from Malaysia has basically had no effect on the durian from Thailand." 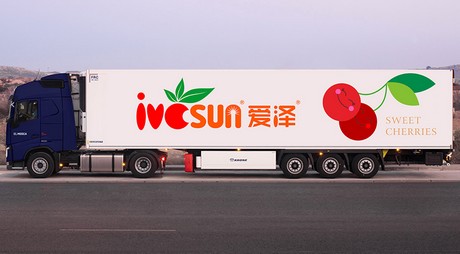 "Since being established in December 2015, Shanghai Ivcsun Industrial Development Co Ltd. has gained a reputation for offering quality local and imported products and leading the wholesale business and being a specialized local and international service provider. In order to better communicate with customers in the industry, no matter old or new, and explore business opportunities, we will take part in the Asia Fruit Logistica held in Hong Kong this year. All are welcome to visit our stand: Hall 3 booth H20/A. ”