British blueberries have had an excellent growing season

The British blueberry season is now in full swing, and with blueberries thriving due to an excellent growing season, now is the time to head to supermarkets to enjoy them at their very best. 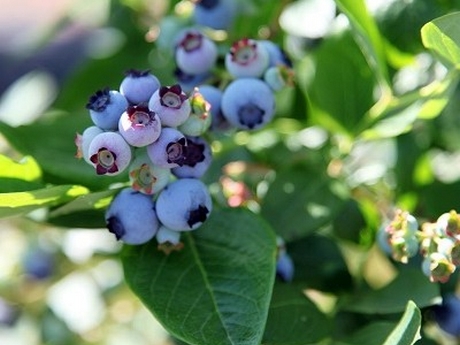 Often overshadowed by the start of British strawberry and raspberry seasons, many consumers aren’t aware that we have a British blueberry season.  In the recent past, blueberries were a little known berry in the UK and the blueberries that were sold came from overseas. However as the popularity of the healthy and delicious berry grew rapidly, British berry growers started to plant blueberry bushes to meet the soaring demand with home grown fruit. As a result, British Summer Fruits members’ production has grown from a tiny 281 tonnes in 2008 to 2,666 tonnes in 2018 – an increase of nearly 10 times with an even larger crop expected in the UK this year as more bushes reach maturity.

This year shoppers will see a whole range of varieties to enjoy including Liberty, Last Call, Draper, Aurora, Duke and Top Shelf.

Berries, including blueberries, have the biggest market share of all fruit grown in the UK, making up an impressive 24.9 percent, and this has pushed the value of the berry industry over £1.4 billion[ii]. Fresh berries are now the most popular fruit item in shoppers’ baskets and their great health credentials are one big reason for their popularity.

Nutritionist Emma Derbyshire said: “Eating blueberries is one of the easiest ways to add nutrients to your diet and give your immune system a boost. Blueberries are packed full of fibre and antioxidants, including Vitamin C. They are perfect as a snack or to bake or cook with.

“There is also a growing body of evidence around how blueberries can contribute to cognitive function and also anti-ageing.”

Nick Marston, Chairman of British Summer Fruits, the industry body that represents 95 percent of berries supplied to UK supermarkets said: “Blueberries are continuing their rapid growth in popularity and are loved by consumers of all ages. British Growers are developing and innovating more than ever to ensure we are producing the more and more of the best blueberries throughout the British season.”