This summer’s California weather sparked rises and falls for one company’s first season with an organic stone fruit program. 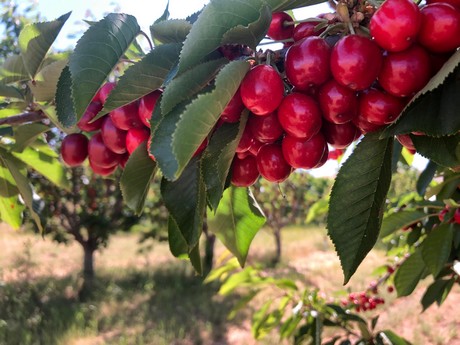 “We got late rain so it impacted all stone fruit. There was also nine minutes of hail in late May which is significant,” says Cindy Richter of Fruit World. She notes that early varieties of the cherry program came off the trees well but that overall, the industry saw supply issues throughout the summer in California. “We struggled through quality issues with the later cherries and early peaches. Our peach pack outs, which are usually 70-80 percent US grade #1 were as low as 30 percent,” says Fruit World’s Bianca Kaprielian.

Impact on peaches/nectarines
However, peaches and nectarines took a turn for the better in the last month. “The first month, we struggled getting the high flavor we are used to because of the weather’s impact. But for the last month it picked up and the flavor has been outstanding,” says Richter, who notes the season is ending slightly earlier than anticipated which has added to the gaps in this summer’s organic peach supply. 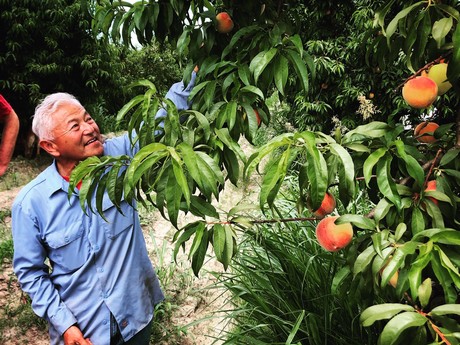 “Our organic cherries are one of the first in the state and were well received with excellent size and flavor. Prices were strong and the quality was great,” says Richter. “Then the rain hit the later varietals hard.” In turn, the California season ended a few weeks early rather than running into the start of the Washington cherry season as it usually does.

The swings in apricots
Meanwhile apricots saw what was perhaps the biggest ups and downs this season. “It’s the first year we’ve had a sizeable apricot program at Fruit World. There was a big set on the trees and the first harvest came off well,” says Richter, who adds that the weather also affected the apricots after that.

“We had to muddle through some issues early on, but after that, there was an uptick in demand and supply got tight,” says Richter. The next varieties proved strong but supplies continued to be tight. “Demand was up but all of the sudden, because the apricot bloom was compressed, varieties started ripening on top of each other and the pipelines were full,” says Richter.

However this too ended quickly and the California apricot season wrapped up in early July. “Washington had really cool temperatures and lost a significant amount of early crop so we were able to sell through the end of our crops,” says Richter. 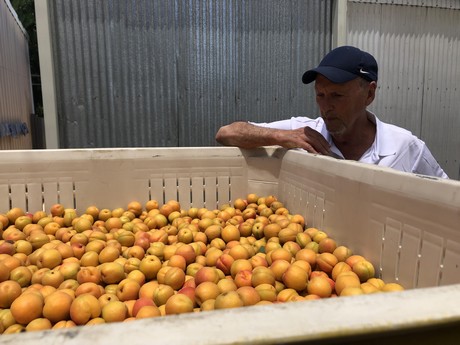 All told, Kaprielian believes the pricing on the stone fruit commodities followed a similar rollercoaster pattern. But Richter notes it was commodity specific. “Our cherry pricing was strong and our apricot pricing was good at the beginning and then started to get flat when it got congested. It got very low,” says Richter. “Our peach program is so unique because we work with Masumoto Family Farm, known for its heritage varieties and our pricing is always stronger than the general market. We tend to sometimes have smaller fruit because of the nature of this orchard and smaller fruit is typically tough to find homes for. But we expanded our customer base and due to the flavor and we were delighted to have found a much greater reception for smaller fruit this year.”

Despite the challenging season, Kaprielian says Fruit World’s stone fruit program will continue to develop. “We’re slowly growing our stone fruit program. Next year we’re looking into adding more peaches, nectarines and some plums and pluots and maybe even more cherries,” she says.