Novel solution will be used soon in the EU

Edible coating instead of film

As reported by heise.de, American materials scientist James Rogers at the University of California at Santa Barbara invented an edible coating for fruit and vegetables. It will soon also be replacing the plastic packaging for these fresh foods in the EU. With the coating, the food remains fresh four to five times as long. You can not taste, see or feel the film, says the inventor. 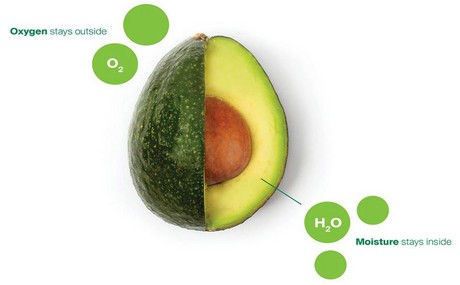 The components
The edible film alternative consists of a mixture of monoacylglycerides, which have long been proven as an emulsifier (E 471) in the food industry. They are derived from vegetable or animal fats and are natural substances, also occurring in the body during fat digestion.

The application is straightforward: mix the acylglyceride powder with water, spray on the products and allow to dry. Even farmers in poorer countries can now protect their crops, says Rogers. The layer protects against oxygen from the air and keeps microorganisms off. Also, moisture and carbon dioxide cannot escape the fruit easily anymore, so the fruit keeps much better.

On sale this autumn
According to heise, the invention has already been approved for several months in the USA, parts of South America, China and Japan. Rogers, who founded the company Apeel Sciences, currently has over 100 employees. The start-up said that the European Food Authority officially approved the food additive in June. From October, the first "avocados" and "citrus fruits" "packaged" with the new process should be on European shelves. “The Dutch fruit and vegetable importer Nature’s Pride will supply Apeel produce to food retailers across Europe, including supermarkets in Germany.” The next step should be organic products.