After years of research, the final stage of the HALY-End project was launched on 18th July 2019 - a considerable step forward to counter the brown marmorated stink bug without using chemicals.For the first time, Anastatus bifasciatus was introduced to a hazelnut grove in Piedmont. The insect was identified as a natural antagonist to the marmorated stink bug and its action has already been tested in laboratories. Now the time has come to test it in the open fields. 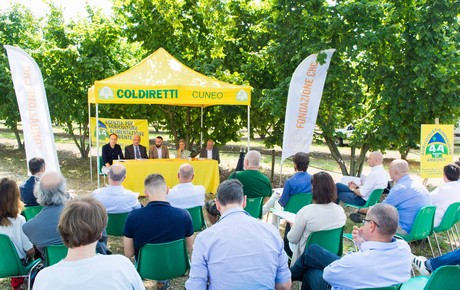 The research was promoted by Fondazione CRC within the HALY-End project, which has been involving the Department of Agricultural, Forestry and Food Sciences (DISAFA) at the University of Turin and Coldiretti Cuneo. The project aims at identifying concrete solutions to contain the proliferation of the insect from Asia. Ever since it first appeared in 2013, in fact, the insect caused immeasurable damage: it feeds on over 300 vegetable species and has managed to colonize the entire regional and provincial territory very quickly, causing considerable losses in up to 80% of the crops.

Anastatus bifasciatus is a native insect already present on the Italian territory and which can therefore be used right away, unlike other exotic antagonists such as "samurai wasps" which cannot yet be released. 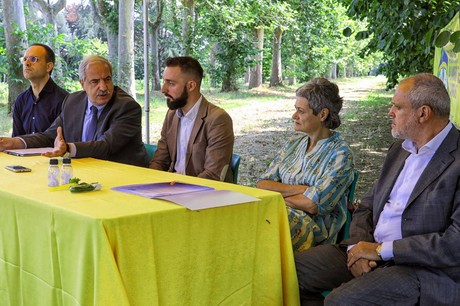 "Releasing this local insect is a first result part of the experimentation project promoted by Fondazione CRC, which has now entered its final stage. It is a significant project that aims at providing an answer to a problem that has been affecting the entire agricultural system of the Cuneo province for years," explains Fondazione CRC president Giandomenico Genta. 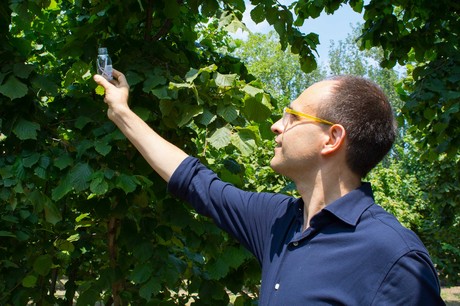 "We have harvested over 44,800 brown marmorated stink bug eggs all over the Piedmont territory to identify native parassitoids that could attack them and adapt to the exotic guest. Anastatus bifasciatus proved it can develop inside brown marmorated stink bug eggs with a rate that can vary between 12% in 2016-2017 and 15% in 2018 (in natural conditions). Now that it has been introduced, its impact will be monitored," explain professors Alberto Alma and Luciana Tavella, project coordinators for the University of Turin.

"This is a considerable step forward towards the containment of one of the most worrying phytosanitary emergencies of the past few years. Thanks to our technicians, we are fighting against the insect with sustainable methods to safeguard the environment as well as the quality of local productions. There are 50 observation points all over the provincial territory with traps that Coldiretti technicians monitor weekly to help producers employ the most suitable strategies," concludes Roberto Moncalvo, delegate from Coldiretti Cuneo.