Ewa-Bis on the upcoming apple season

Apple prices have been at rock bottom for the better part of the previous season. According to one Polish exporter the prices will recover for the new harvest. Partly due to the total Polish harvest being about 40 per cent less than what it was last year.

The Polish apple harvest will be significantly less than what is was the previous season. This isn’t groundbreaking news, but Damian Kozlowski of Ewa-Bis feels the total harvest will be reduced by about 40 per cent. “Last year Poland harvested a little less than 6 million tons of apples. This year I expect that number to be 3.5 million tons. There are three main reasons the harvest will be less than last year. For one we had an insane year in terms of volumes last year and this automatically means the trees will give less apples the next year. The second part comes from the spring frosts we’ve had to endure. This unfortunately damaged a large number of the crops in specific areas. Finally during the time where trees are pollinated by bees, there was cold weather in Poland. This means the bees couldn’t do their jobs. The result will be a significantly less amount of apples in Europe this season.” 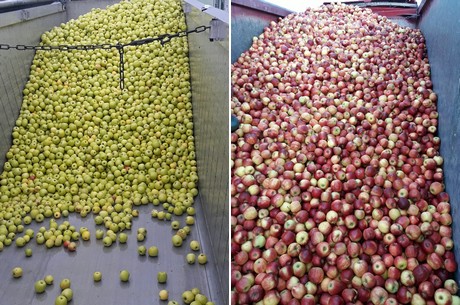 Even though a lot of orchards have problems, Kozlowski is not too worried about their season. “We still have the Polish high end apples available and will be able to fulfill our clients’ their needs without any issues. Three of the most popular varieties for high demand clients remain Golden Delicious, Red Prince and Royal Gala. Idared is also one of the most wanted varieties due to high resistant in the transport, durability and shelf life, especially in Europe where customers know bi-coloured apples. We have a large number of organic apples, for which we even have our own brand and dedicated company: Grupa Owoce Natury.” Polish apple growers are switching to organic cultivation more and more, Damian says. “This year’s harvest will only add to the increase of organic growers. Due to the issues I mentioned earlier, there’s a good chance Poland will not have enough organic apples available to saturate the market. This will encourage Polish apple growers to continue growing organically, even though there might be more than enough organic apples available in Europe for the foreseeable future.” 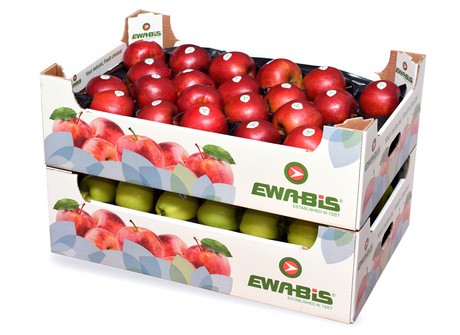 Apple prices have plummeted in Poland, mostly due to the bumper crop and growers saving their produce in cold storage for far too long. Kozlowski isn’t too worried about the new season though: “We already see an increase of the price, as the new summer apples are slowly arriving. I’m pretty sure the prices will recover. Volumes are comparable to the season we had in 2017 and prices were crazy high then. I’m not saying prices will be at the same level as they were then, but I definitely think we won’t have to sell our apples at give-away prices this year.” 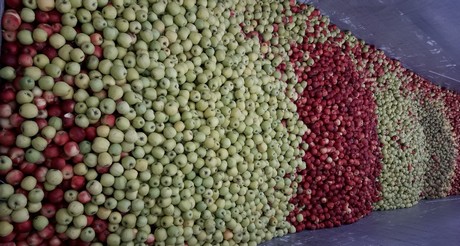 Ukraine is up and coming with a lot of their produce, but it will take them some time to become a true competitor, Kozlowski feels. “Ukraine is a country that is growing, both in terms of production as well as professionalism. However it’s a little too early to start seeing them as the biggest competitor. I expect they could be a big player in the European market in about ten years. For now, Italy and France are the markets we need to look out for and learn from. The majority of their apples is destined for consumption, where a large number of our apples are solely meant for the industry; juices or processed apples. Despite much smaller crop this season as Ewa-bis and Grupa Owoce Natury we will have enough volumes for our clients in terms of apples and organic apples for processing and for the fresh market.”