Due to adjusted phytosanitary requirements

Turkish cherries to take up bigger share in China

On June 28, the GAC announced that cherries from Turkey can now be fumigated for three hours instead of going through 16 days of low temperature storage to get rid of pests before being imported to China. 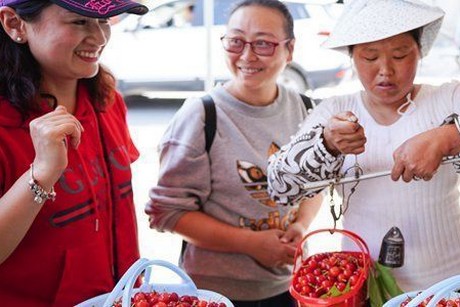 Now that the General Administration of Customs (GAC) has adjusted these phytosanitary requirements on Turkish cherries on June 28, Turkey is expected to boost cherry exports to China. A company representative said that the new requirement can reduce shipping time from more than half a month to less than 10 hours, meaning Chinese customers will soon have a cheaper, fresher cherries.

Turkey first signed cherry export agreements with China in June 2016. However, the previous agreement required Turkish cherries to be stored in temperatures at or below 1oC for 16 days, putting off many importers' attempts.

The new agreement, which allows Turkish cherries to be fumigated for only three hours, can reduce the shipping time to Shanghai to as little as 10 hours, said Hannah Sun, a representative from Shanghai Fengyi Imports and Exports Co.

"We have our buyers based in cherry farms in Turkey, and cherries are usually shipped within two days after being picked," Sun told the Global Times. "After three hours of fumigation and a seven-hour direct flight, cherries can arrive in Chinese fruit shops within 10 hours."