As the southern hemisphere kiwifruit season peaks, importers have noted that supplies from Chile are slightly lower than at the same time last year, with growers reporting that weather has had an impact on the crop. New Zealand, too, has had its share of issues over the past few years, although golden color kiwifruit volume have risen this year.

Genchi said the Chilean season stretches from the end of March to September, while New Zealand kiwifruit is in the market from May to November. "This means it overlaps with the California season which typically begins around the end of September, start of October," he noted. "North America also sources kiwifruit from Italy - which supplies 80 percent of volume at that time, Greece and some other European countries during the fall and winter. However, New Zealand kiwifruit is still the preferred one due to its flavor." 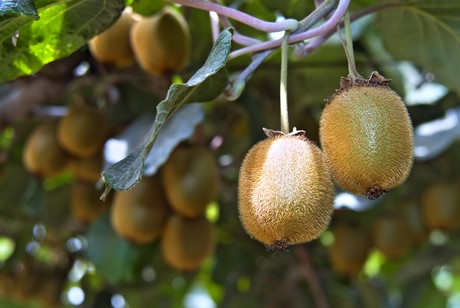 Demand continues to rise
While kiwifruit was considered exotic in North America just a few years ago, demand for the fruit continues to rise. As a result, prices have also risen in step. Winter sees the peak of demand while in summer, kiwifruit has more competition.

"The current market is steady, but we have seen prices for kiwifruit rise by 16 - 20 percent over the last few years," Genchi observed. "During summer though, there is less demand because there are a lot of other summer fruits available."

Will red kiwifruit be next?
With the rise of the golden kiwifruit, producers are hoping that another new varietal - a red one - will also take the market by storm. Currently being developed in New Zealand, companies like Zespri are considering introducing the red kiwifruit to the North American market in time.

"The red kiwifruit variety is currently under development in New Zealand and is available there in very small volumes," Genchi said. "Producers are still trialing it and we may perhaps see it become commercially available in North America in three to four years' time."

He concluded, "We would be very interested in carrying them as we deal with all kinds of fruit and vegetables, and are one of the largest importers in Canada."