"We have been lucky with the weather so far"

Heavy rainfall and corresponding damage to the fruit growers endanger the berry producers in various parts of Germany. In contrast to the eastern and southern German wine-growing regions, the region of Oldenburg - one of the most important growing areas in the republic - was spared hail and heavy rain. "We have been lucky with the weather so far. At the moment, the prices, qualities and production quantities in terms of berry fruits are therefore in order," comments Werner Freese, Managing Director of the local producer market Langförden-Oldenburg eG (ELO). 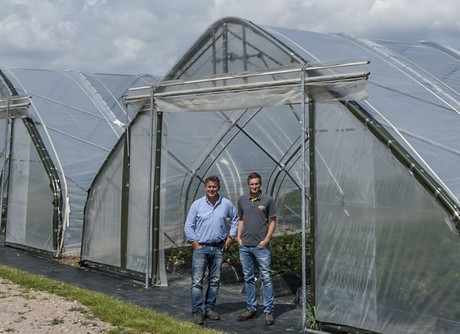 A tunnel in Oldenburg.

The sales cooperative has been one of the largest marketers of strawberries in the Federal Republic for many years. Nevertheless, other berry fruits, such as raspberries, now grown in larger amounts, says Freese. "On the 26th of May we were able to harvest the first regional raspberries of the season. From this week on, we will be able to offer larger quantities to the market. The price trend is also acceptable, because raspberries are currently at 9.50 to 10.00 euros / kg. That's about 10 percent better than in the previous year, because at that time Spain was still fully on the market and has pushed prices down. Overall, demand and sales are quite good and hoped for as previously. If the weather continues to play along, we expect normal yields, at least for regular crops."

The headquarters of the sales cooperative in Vechta-Langförden.

Regional berry cultivation fully in development
The cultivation of soft fruit in the Oldenburger Münsterland is fully in development, confirms Freese. So far, the Tulameen variety is still cultivated for raspberries, but other varieties are already being tested on a small scale. Tunneling in the region is also gradually being expanded: "Since last year, 6 ha of tunnels have been added to the strawberries. This year we have planned 6 more hectares of additional space." 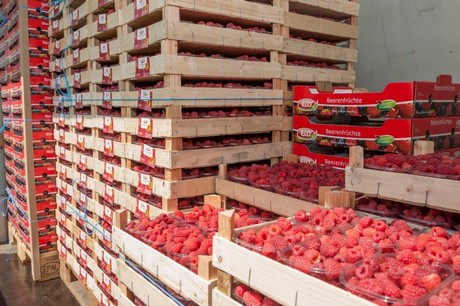 Fresh raspberries from the Oldenburg region.

In addition, there are discussions with some growers who may want to include either raspberries or blueberries in their assortment. "The first company is currently building a blueberry tunnel installation. However, we will most likely have the first returns next year."