Fyffes has announced its support for new global regulations that will limit the sulfur content in all marine fuels to 0.5 percent beginning January 1, 2020.

Since the company’s inception in 1888, Fyffes said it has been committed to bringing the world high quality products, while striving to maintain the highest environmental and sustainability standards across its operations. Responsible for the shipment of over 100 million boxes of bananas, pineapples and melons each year, Fyffes understands the environmental impact of its actions. For this reason, it announced it is committed to collaborating with its supply partners to continue protecting the world’s natural resources by supporting and meeting the new regulation standards established by the International Maritime Organization. 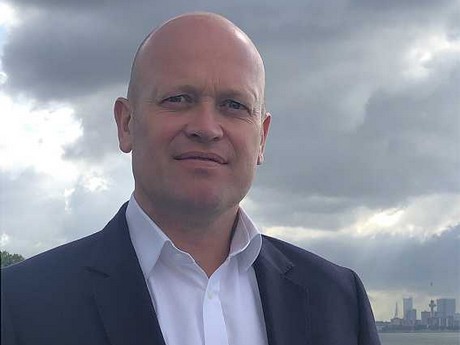 Jeronimo Poggio (above), Fyffes shipping director, said: “We strongly support the need for the IMO 2020 sulfur regulations because they are directly linked to our Sustainability Strategy and one of our four pillars – stewardship for the planet. The regulations will help reduce carbon emissions, as well as reduce acid rain, which can harm agricultural crops, including our fruit. Importantly, there is also a positive human impact by reducing illnesses and deaths caused by sulfur emissions impacting people living near ports. We are committed to providing the highest quality fruit at an affordable price for consumers, while ensuring that our business is a sustainable one; for our growers, the local communities, as well as the planet.”

The company added that it seeks to minimize the impact of its activities upon the environment, particularly in its source countries, through such programs as Global GAP, the Sustainable Agriculture Network (Rainforest Alliance), the Carbon Trust Standard and increasingly stringent environmental legislation in production countries. 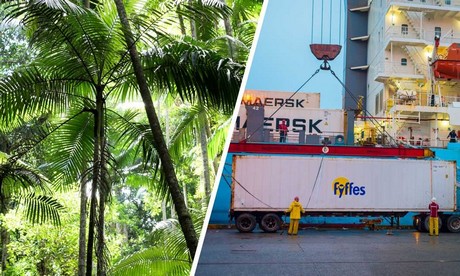 As part of this drive towards improved sustainability, Fyffes shared that it has initiated its own series of projects aimed at measuring, managing and reducing its carbon footprint. One such project involves setting aside forested areas to promote carbon sinks. "Fyffes manages a 43 percent conservation area that is part of the company’s owned banana and pineapple farms. This conservation area is made up of important primary and secondary forested areas that absorb and capture carbon dioxide, thereby removing it from the atmosphere," the company said. "In addition to this effort, Fyffes has also begun a baseline study to identify its carbon footprint along each component of the company’s supply chain, which will be complete by the end of 2019."

Fyffes concluded by saying that a respect for the environment and a commitment to the principles of sustainability are at the heart of its brand, and the company looks forward to continuing to work in collaboration with its partners to develop and implement new solutions and practices that will result in a positive impact on the environment.