Lucerne Agri Investments has its eggs in many baskets 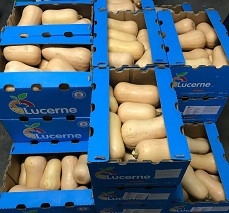 A fourth-generation fruit and vegetable enterprise in Robertson, Western Cape, has ambitions to increase its exporting of citrus, avocado, stonefruit and butternuts, while consolidating its position in the local tomato market.

The tomatoes and stonefruit are packed simultaneously on separate lines in the largest of their two packhouses.

In the other packhouse butternut is packed, a new line for the company that they’ve started exporting widely in the Northern Hemisphere.

New avocado project
The company has ventured out and invested in a new avocado project in the Overberg area, with their first planting in 2018/19. They aim to develop this branch further with additional hectares yearly. Their first Hass avocado harvest is expected for 2021, with a possible further planting of Fuerte next year.

And then, of course, there’s wine because it’s Robertson after all; they even have their own wine label Lozarn. 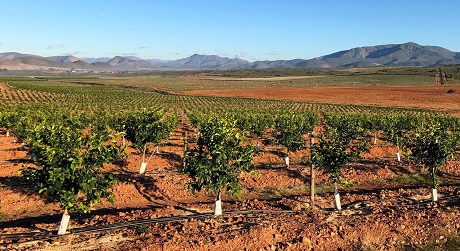 At the moment, though, it’s all hands on deck for citrus. Their early citrus season overlaps with tomatoes, which is winding down now.

They had a very large Satsuma harvest this year, surprising themselves, especially seeing that the whole industry is down on volumes.

Long soft citrus season for the US
They’re about a third into the Nova harvest, packing for US retail programmes at the moment. They’re packing as much as they can, marketed into some of the better US brands.

Juan-Ivan Smuts, operations director of Lucerne Agri Investments, foresees that a long season of soft citrus, starting with Nova and clementines and ending with Nadorcott (as well as other new late mandarin varieties from the Citrogold stable), is going to become an increasingly important part of their business, and specifically soft citrus for the American market.

Smuts Brothers Agri’s late mandarins as well as seedless lemons will be marketed on the established platform of ANB Investments, owner of the ClemenGold brand.

“There’s a big gap in the US market on certain varieties and ANB has done a tremendous amount of work to be complementary on late mandarins to Northern Hemisphere production,” he says. “We slot in well with their marketing platform.” 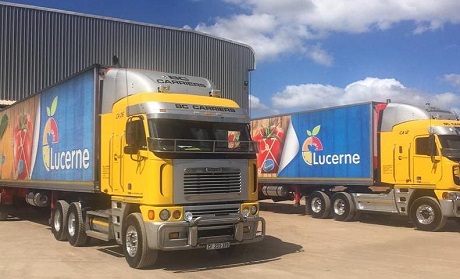 “The lemon market currently looks good, we expect it to hold for the next few weeks, then of course larger Argentinian volumes will arrive by mid to end of June.”

He notes that they’ve been picking lemons slightly greener than usual, in order to get volumes on the water. 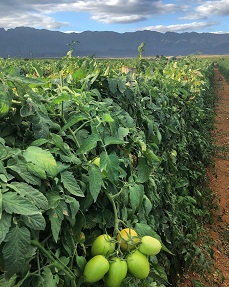 The summer tomato season proved of great value to Lucerne Fresh (marketing division) this year, as there was suddenly great demand from retailers, very dependent on northern tomato growers. In the north, weather conditions caused a steep drop in production, leaving a space which tomato producers from other parts of the country could fill.

Lucerne Fresh was able to quickly grasp the opportunity, helped by their own logistics arm, and supplied a great deal more to supermarkets than usual.

It was a season during which they were able to assure retailers of their quality, Juan-Ivan says, and they have every intention of consolidating their newly enlarged position in the retail market.

“Last year was a terrible tomato year with the drought but this year we had very good production, very clean fruit (apart from a period of three weeks in March after we had 50 to 60mm of rain over two days). Prices were very stable and higher than usual. We didn’t see the usual month-end spikes in price and a slump in the middle of the month, and this price stability helps a lot.”

A stonefruit season to forget
Tomatoes were the silver lining to the dark cloud that was South African stonefruit this season, particularly in Europe, he says. They produce plums, peaches and nectarines. 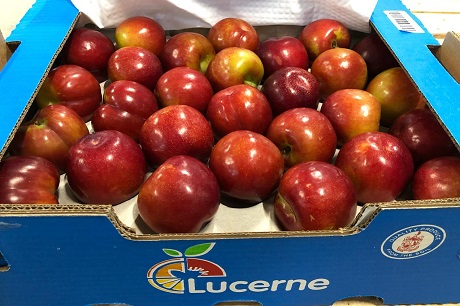 African Rose plums, for the Middle and Far East

“To be honest, it was the poorest season in years,” he sighs. “We were down in production and at the start of the season everyone was optimistic that prices would make up for lower volumes. But because of the situation with South American grapes that didn’t have access to the US, a great amount of grapes ended up in the EU and the UK, putting a lot of pressure on prices.”

At times during the season there was simply zero demand for 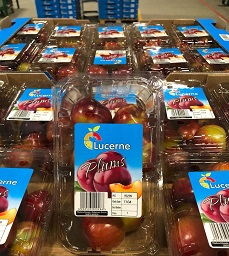 stonefruit in the EU and the UK, as buyers could procure grapes for half the price.

And then the 2017 drought continues to be felt in all sorts of unexpected ways, like a widespread problem with creasing this year.

The heatwave of October occurred in the same week that they also had frost, which just shows what a strange year it was weather-wise late last year.

“We’re selling the last of our Angelenos now and then it’s time for reflection, on how we can take strategic steps to avoid a season like this.”

Responsibility of longevity
“We’re very optimistic about our business and in our area, we see our brand platform as an opportunity for other producers too. We foresee that our export volumes will grow and our aim is to be as close as possible to the consumer as we believe in that way you can establish better quality and sustainability.” 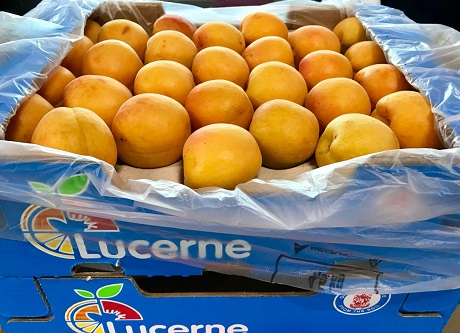 The company, an establishment in the Robertson area, doesn’t carry its responsibility to its community lightly, the more so as economic opportunities outside agriculture are scarce in the Boland.

“We have a tremendous amount of belief in our people and we put a lot of effort into creating opportunities for them. The security of knowing people have food on the table is a huge drive for us.”