“The collapse of Jet Airways really caused logistical issues for us”

The Indian mango season had to deal with a two week delay, but the season seems to be a good one. There was a huge challenge, as Jet Airways, which was responsible for majority of the air freight sent by Kay bee Exports, collapsed. This naturally had an effect not only on logistics, but also pricing.

The Alphonso mango from India is amongst the most popular fruits from the region. According to Kaushal Khakhar, the CEO of Kay Bee Exports, the season still has the potential to be a good one: “Unfortunately we had to deal with some weather conditions that caused a two week delay starting the mango season and it looks like it will delay the end of the season as well. We’ve currently exported about 700 tons of mangoes this season, all by air freight, and expect to export a total of 1000 tons. We export to the United States, New Zealand, Australia and several countries in Europe like the United Kingdom, the Netherlands and Germany.” 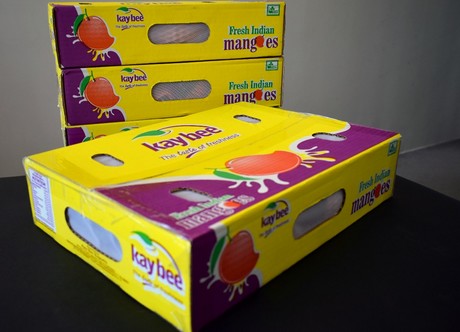 The weather conditions were nowhere near the biggest challenge of the season though, as Kay bee Export’s main transporter, Jet Airways, collapsed. “The collapse of Jet Airways caused some logistical issues for us, but we tried to make sure there would be no drop in our exporting capacity. Seeing the demand-supply gap, other airlines like British Airways, Air India, Emirates and several others increased their freight rates, making it very hard for us. Luckily, in the end we managed to export everything and did not see a drop in capacity. The prices did increase as air-freight is more than 50% of the total costs, but thankfully the mangoes are so popular there was no real drop in the ordered volumes, despite the high prices.” Khakhar explains. 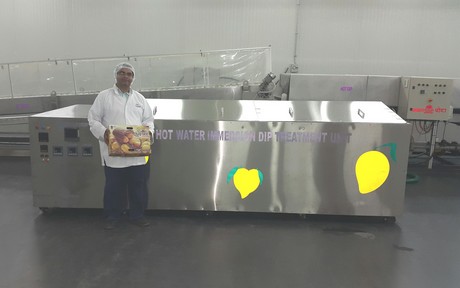 With the United Kingdom being one of their biggest markets, Khakhar is frequently asked about Brexit and what it means for exporters from outside of Europe. “Once Brexit happens there is a lot that could happen. There could be an increase in tariffs from other European countries, which would make things easier for exporters from India. Another benefit could be that the regulations will be less strict than we’re used to now. We can’t tell for sure until Brexit actually happens though and until that time comes we just carry on our business as usual.” 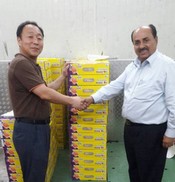 The Indian mango season will end in a couple of months, but for Kay Bee exports there is no time to relax: “Once the mango season is over we will focus on the pomegranates. Although demand for pomegranates is usually a bit lower in those months, a lot of pomegranate producing countries will not have any in stock. This means we can fill that gap and meet the lower demands without too much troubles!” Khakhar concludes.