Ontario: May rain and temperatures a challenge with a precedent

With Ontario rain and chilly temperatures hitting the news headlines over record flooding and the like, growers are saying that while the upcoming season could have its challenges, it may prove manageable.

“The temperatures and the rain have been issues for everyone,” says Steve Bamford with Mississauga, Ont.-based Bamford Produce Co. Ltd. “The temperatures are delaying crops. We’re not even in bloom in Thornbury whereas southern Ontario has been in bloom for their orchards. So we’re seven to 10 days behind where we were last year.”

He notes that growers report they’re delayed with hitting their planting windows. “On our farms in southern Ontario, the weather was a little different and we were able to get in a small planting,” Bamford says. “But we haven’t been able to in our farms further north in the Thornbury/Collingwood area. We’ve had issues getting onto the land to do some plantings but that’s orchard based. It’s around the land drying out—one day you want to go in and the next day, it rains. It’s been a bit of a hassle.” 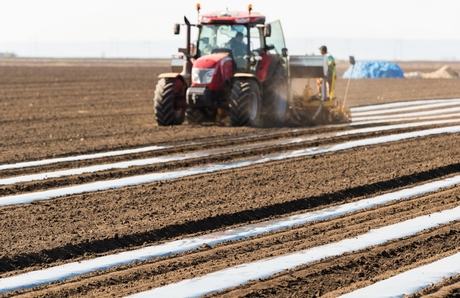 Future gaps?
The effects will possibly be seen down the road. “Consumers will see some gaps early on in supply. Some growers have ways to mitigate that using plastic and grow tents for crops such as lettuces, zucchini and other items that have a 45-60 day grow cycle,” Bamford says.

The crops that could be late include asparagus, potatoes and corn. That said, with summer coming on, Mother Nature may right the system. “It really depends on what happens between now and then. You could have three crops come on at the same time because growers plant in multiple stages for continual harvest,” says Bamford.

Unusual weather is certainly something Ontario growers are used to contending with. “Every year we experience some sort of weather-related issues. But I don’t believe this year is any different than past years,” says Peter Riga of Riga Farms Ltd. in Bradford, Ont. “The challenge may be different but overall, it usually balances out.”

Indeed, Bamford notes that this rainy and cold May is somewhat similar to the spring of 2017. “We had the same amount of rain, though I think it was a bit warmer. It was very difficult early on and well into June with tons of rain,” he says. “Hopefully the weather cooperates going forward and the crops catch up. It does have lots of time between now and the fall harvest.”