Hailstorms cause a lot of damage in Salento

The weekend of June 1st-2nd was rather a difficult one for many producers in Salento. Heavy rain and violent hailstorms hit the Monteroni, Galatina, Sternatia, Poggiardo, Surano, Ruffano, Parabita, Matino and Guagnano municipalities, causing serious damage to watermelon, melon, tomato, zucchini and potato crops as well as many others. 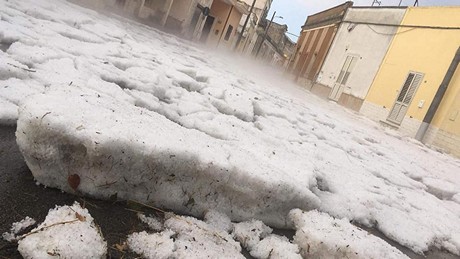 "Hail stones as big as walnuts fell for around half an hour on Saturday afternoon, completely destroying my crops. We will have to leave much of the watermelons, mini-watermelons, zucchini and melons in the fields because they are no longer suitable to be sold," reports Andrea Giannini, technician from Giannini Santo in Galatina.

"We might only be able to salvage a few zucchini, while the rest is just too far gone. Watermelons weighing half a kilo were already visible but they are gone now."

"The only thing that might still be suitable for trade is potatoes, although plants have been heavily damaged. Maybe, weather permitting, we will able to harvest them but, if it continues to rain, diseases will spread to the produce underground." 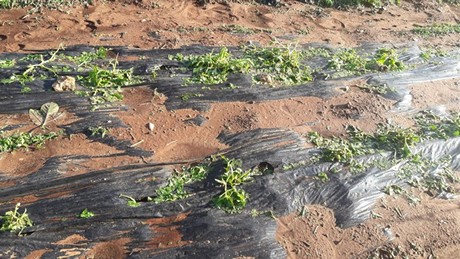 The sudden hailstorm hit businesses that had already been heavily affected by the other continuous weather calamities.

"We are desperate. The bad weather has been going on for months. We are just hoping that the institutions will help us. Plant suppliers give us the option to pay when we sell the produce but, now that it is not suitable for commercialization, it is a real problem. In my case, I have already assessed around €30,000 worth of damage."

Gianni Cantele, president of Coldiretti Lecce, explained "this has been the fifth bad weather front in just 2 months and fields were hit at a particularly delicate time for agriculture."