The North American market will be seeing an increasing amount of New Zealand apples arriving over the next few weeks as the import season gets underway. There is a small amount of fruit already in the market, but more considerable volume is expected from the middle of June onwards. Reports are that sizing is a little smaller this season, but otherwise the apples are of good color and condition.

"The early fruit is still on the water and we won't really get going until mid June," said Ferrell Hughes of Paramount Export Company based in California. "The New Zealand import season will last through the summer and we expect to take orders up until the middle of September, with the last apples generally arriving in mid October. New Zealand growers say they have had trouble with sizing this year, with everything being picked smaller than expected. This might have an impact on availability for size 70s and above." 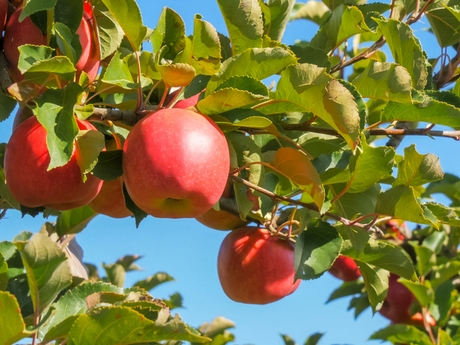 Mainly Fuji apples this year
North American importers are mindful of what they bring in from New Zealand, saying they make adjustments depending on the situation with the Northwest storage crop. Hughes noted for example, that it is doubtful many Royal Galas will be imported this year due to the abundance of that variety remaining in the market. However, he said many buyers also prefer to stock fresh apples as a change from the storage inventory.

"We expect to import very few Royal Gala this season, because the Northwest crop is expected to last through the season," he observed. "Our primary variety that we will be importing is Fuji, and predictions are for that market to pick up in the next 45 days. Many of our customers feel that the arrival of New Zealand apples helps to invigorate the market, and want to make a change to their summer offerings. Because of the high quality, they keep coming back to help bolster their apple programs."

Shipping to order
Paramount Export Company has been importing produce from New Zealand and other regions since deregulation. According to Hughes, the company only brings in apples to order. In this way, they are able to ensure steady supplies. He added that the company prefers to make fixed deals, which adds to the certainty of supply.

"We don't bring in apples for speculation, but rather for firm orders," Hughes explained. "Paramount has a conventional program with Costco which consists mainly of Fuji, but also Gala and Cripps Pink. Around two thirds of our business is on the West Coast and Hawaii, with the remainder on the East Coast. We also do consignments on a fixed deal so that customers know what they're getting in advance."

Hughes added that Paramount mainly sells bulk apples but some customers have a certain packaging preference, which the company is able to deliver. "Some of our customers repack from the 18kg box, while Costco for example, likes to stock clamshells with 14 apples to a pack. We primarily work with retail although we have some general market business in San Francisco and also on the East Coast."