Photo report: Climate change and its influence on the fruit and vegetable production

On Tuesday, 28 May, VBT, LAVA and KDT organised the event ‘Climate change and its influence on the fruit and vegetable production’ in Salons De Waerboom in Groot-Bijgaarden, Belgium. Writer and teacher of history and climate Pieter Boussemaere was invited to talk about climate change and its consequences. After the presentation, there was a panel discussion, which also responded to questions from the audience. This was followed by a walking dinner. A lot of growers and members of the auctions from the Belgian fresh produce sector were present at this event. 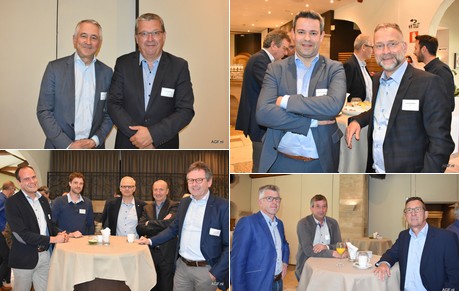 “Global warming is our fault”
“Nowadays, we have twice as many days of extreme precipitation compared to 50 years ago. Besides, 2014 and 2018 were the hottest years ever measured. These phenomena can be linked to the warming up of our planet. Wherever people live, temperatures are rising,” says Pieter Boussemaere during his presentation. People appear to be main suspect of global warming. And if that’s not enough, the rising temperatures are going to have 100% impact. 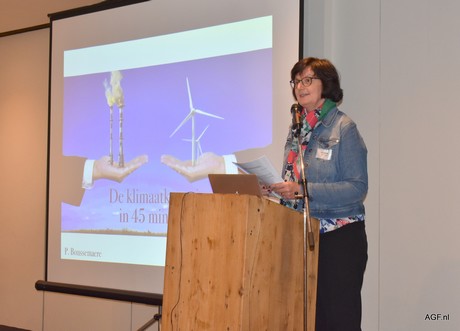 Crop failures
“The planet heating up has both negative and positive effects. Belgium can finally become a wine-producing country, but if the average temperature rises by more than 3.2 degrees Celsius, crops will fail, which could lead to a recession,” the teacher says. 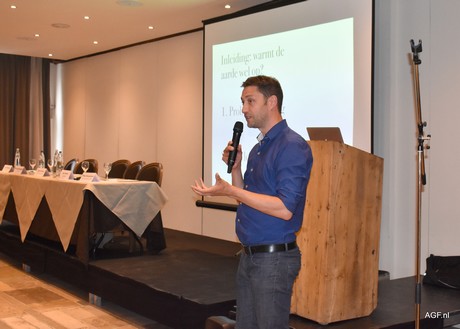 Renewable electricity
According to Pieter, finding a solution isn’t difficult. Seventy-one per cent of the cause is the burning of coal, oil and gas. Changing soil use is nine per cent, and the digestion of ruminants is four per cent. “We have to stop using fossil fuels, and half this usage before 2030. The core solution: renewable electricity.” 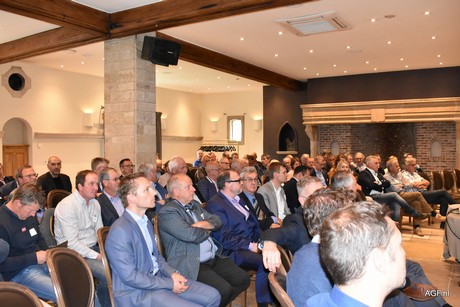 Panel discussion
During the panel discussion, fruit grower Louis Geerdens talked about the various disasters he experienced: the Pukkelpop storm, various hail storms that ruined his crop. According to the grower, it’s necessary in the fruit production to stop scaling up and to invest in harvest protection means.

Vegetable grower Wim Peters talked about the disaster he experienced on 23 June 2016, when a hailstorm destroyed his entire greenhouse horticultural company. The company has now been built back up again, but the farmer thinks it’s important to invest in resilient greenhouses and renewable energy.