Greek Valencia season difficult due to weather and competition

In Greece, the Valencia season has been a difficult one. Weather and prices have made it hard on the exporters. The hail in particular has led to a lot of damages and the prices for Egyptian Valencias has made it hard to compete.

Greek company Sparta Valley Fruits is currently in the midst of its Valencia orange season. According to George Bekiaris, the export manager for the company, the season has not made it easy for them: “We’ve had to deal with a lot of challenges this season. It’s been very difficult due to the competition from Egypt in particular. Their prices are superlow, €0.40 per kg towards Europe is simply a price we can’t compete with. Especially if you take the losses of produce into account. We’ve had to endure sudden hailstorms, which had a lot of impact on the cultivation of the Valencias. It’s been hard to keep our quality up to standards, but we’ve managed to do good so far.” 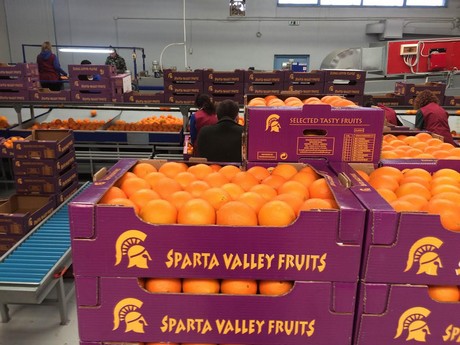 The Valencias are mostly exported to European countries: “Despite the competition from Egypt, we mainly export to countries in Central Europe, like Germany, the Netherlands, Czech Republic and Austria. We’ve also sent some smaller quantities to Denmark and Switzerland. We expect to ship about 5000 tons of Valencia. For the next season we’d like to enter the Scandinavian markets, as this market is very interested in organic produce. Conveniently, we’ll start production on organic oranges like Navelina and Navel next season.” 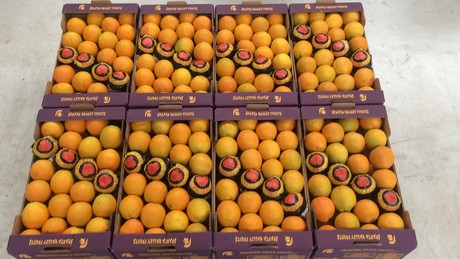 The season is far from over though and prices could rise due to the damages of the crops: “So far the prices have remained stable, but chances are the price will increase in about a month’s time. For buyers this is the time to import Greek oranges. We still have big sizes available, of caliber two to five.” Bekiaris concludes.

Bekiaris Bro - Sparta Valley Fruits is an export company of wholesale trade of oranges. Located in Sparta, Greece is working now on its fourth year.