Cherry growers in California are counting the cost as storms over the past week destroyed a significant amount of the current cherry crop. While official estimates are still several days or even weeks away, the general feeling is that a few million boxes worth of cherries have been lost, with the worst affected being early season varieties and also a large portion of the Bing crop. There is some hope that some of the later season cherries can still be salvaged.

"The cherry crop has been devastated, especially the early season varieties," said Tom Valenzuela of Sunriver Sales. "There is a chance some of the later season cherries can be salvaged, but we won't see those until mid-June at the earliest. Tree fruit in general was hit hard, not just from the heavy rain, but also the hail. This was on the back of an already wet winter and spring which could also have an impact on future crops such as grapes." 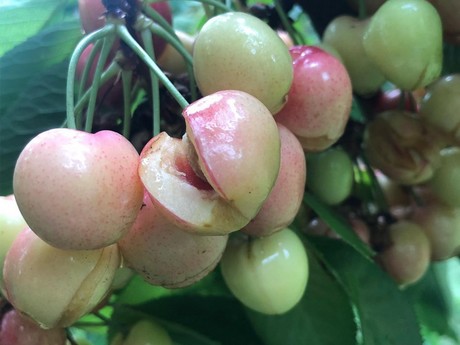 Terrible blow to cherry growers
For cherry growers, it's terrible news as some growers will simply have to walk away from their fields. Joe Cataldo of J&M Farms in Lodi took to social media to announce the loss of his cherry crop. "When it rains it pours," he said. "We just witnessed one of the craziest storms ever seen this late into May. This was a true winter storm. The damage it caused has turned one of the best crops we have ever set, into garbage for the birds. Devastating is an understatement."

Don Goforth of Family Tree Farms further south near Reedley, said the company has already begun their cherry harvest and were hit hard by hail and heavy rain. "These storms will have a considerable impact with the most obvious damage inflicted on the cherries," he observed. "We are about half way through our harvest but have been significantly affected. Some of our blocks are okay but others we are abandoning completely due to severe cracking. We will be busy surveying the damage over the next week but it will certainly turn into an interesting season with supplies expected to dramatically tighten up as we transition to the northern regions." 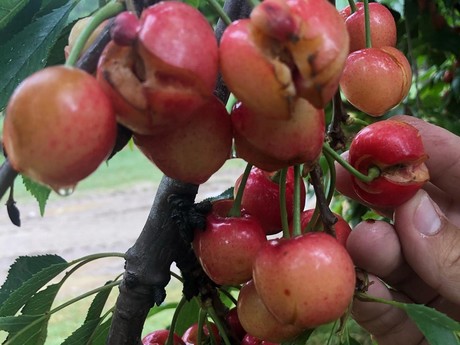 Meanwhile, there is also expected to be some impact to berry growers as several inches of rain fell in those regions. Some growers were able to pick ahead of the storm, however they are all currently assessing the fields and more will be known in the coming days. At the very least, harvest has been disrupted due to muddy conditions. 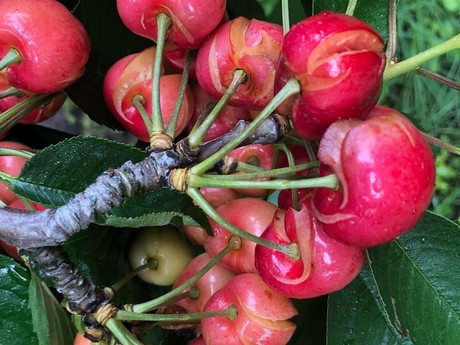 This also comes as shippers were aiming to fill orders for Memorial Day, which will now not be the blockbuster event many were hoping for. "The recent rain storms couldn’t have come at a worse time for California cherries with the Memorial Day pull in full swing," said Ira Greenstein of Direct Source Marketing. "Last week the industry struggled to pack sufficient volumes to fulfill their holiday commitments. Weekend orders were pushed, prorated and canceled, leaving many retailers scrambling to get fruit on the shelves. Pricing on pre-committed program business ranges from $32-$45, while the spot market is trading from $45-$55 with only limited volumes available. We might not see shippers resume normal packing schedules until the middle of the week, leaving most of the industry unable to find fruit to cover heavy Memorial Day promotions."

"A cherry crop that was originally estimated to be well over 10 million boxes may now drop well below 7 million," he continued. "Many growers may choose to not harvest fruit at all and go the route of filing for insurance money. Either way, this recent weather event has put the California cherry industry into a state of disarray and it will take the balance of the week to truly understand the long term affects for shipments in June."

As if there hasn't been enough precipitation, one more storm front is expected to pass through the Central Valley today before finally clearing up. Temperatures are also expected to rise from tomorrow.