Can California cherries be protected against rain events?

In the past week, California cherry trees have been hammered with rain. It’s a disaster for cherry growers as it causes the cherries to split. Although it is unusual for California to receive so much rain this time of year, it is a global development as cherry growers in Italy, Greece and Chile have been dealing with the same problem.

Would California growers be able to protect their trees by putting up covers? “It depends on several factors,” says Richard Vollebregt with Cravo Equipment. “There are stationary covers available, but how could a grower put covers up on tens of acres in several days? It’s very labor-intensive and with labor being so tight in California, it seems an impossible task.” In addition, if growers install stationary covers several months before harvest, the covers can have a negative effect on the quality. “Stationary rain covers can make the fruit softer whereas important export markets such as China want a firm cherry,” Vollebregt continued. 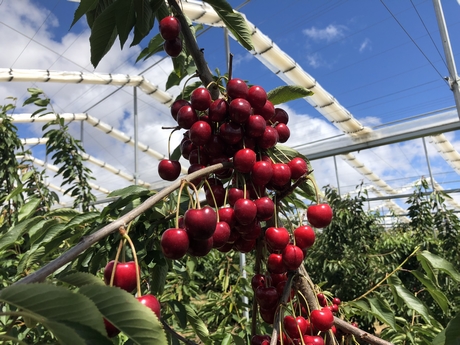 More than insurance against catastrophe
A fully automated, retractable roof cover on the other hand can cover many acres in less than 3 minutes. However, these types of covers are much more expensive. “To justify the investment, a grower would need an extra benefit in addition to the cover being an insurance against a catastrophe. I believe it would only be worth the investment if a retractable roof allows growers to increase yield and quality while shifting their harvest into a higher price market window,” Vollebregt said. “If such a roof helps a grower hitting a better market window, it would be a wise investment. In reality, people don’t make big investments for weather events as you just can’t afford to insure against the occasional weather event.” 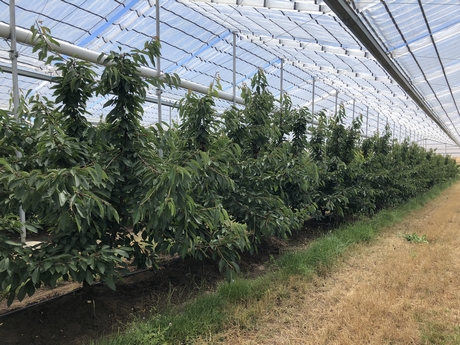 
Working best for smaller-scale operations
Don Goforth of Family Tree Farms, a Reedley-based grower of a number of fruits including cherries, believes retractable roofs would definitely be of benefit to growers, however the investment in such covers might be less suitable for large scale growers, like those typically found in California.

"A retractable roof would be ideal to protect fruit from inclement weather as we have seen in California over the past week," he said. "However, they are costly, and one could argue that the initial investment expense would be difficult to justify, especially in the large commercial fields we see in California that cover hundreds, even thousands of acres. You would typically see these working best for smaller-scale operations."