Scientific research into the apple proliferation disease at Centro Laimburg

The disease known as "apple proliferation" affects the orchards and causes significant damage to production. It leads to the growth of small apples not suitable for commercialization and infected trees must be uprooted immediately.

The bacteria causing the disease, Candidatus Phytoplasma mali, is transmitted via insects Cacopsylla picta and Cacopsylla melanoneura. The last time the infection spread in Alto Adige was 2013. "This disease is among the most dangerous for agriculture. This is why our objective is to predict and prevent new infections," explains Michael Oberhuber, director of Centro di Sperimentazione Laimburg. 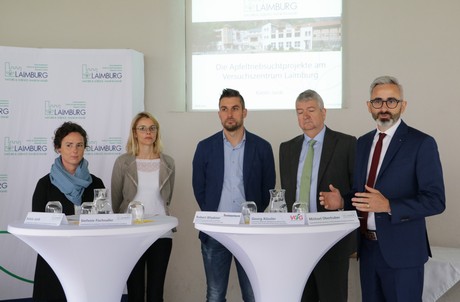 Centro Laimburg completed two research projects focusing on this disease. "Of course our producers were rather worried when they observed the first symptoms. We are glad the cooperation between Centro Laimburg and Centro di Consulenza per la fruttiviticoltura dell'Alto Adige has led to finding effective means to limit the spreading of the disease in a relatively short time," explained president of Consorzio delle Cooperative Ortofrutticole Altoatesine VOG, Georg Kössler.

"However, as we fear that the disease might reappear, we need to keep monitoring symptoms and carry out tests." 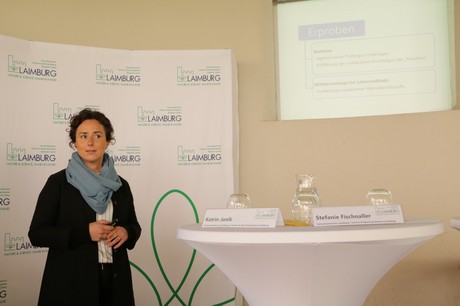 The research on the apple proliferation disease at Centro di Sperimentazione Laimburg
The apple proliferation disease presents a rather complex problem, as it requires studying the interactions between multiple factors such as the plant itself, the pathogen, vector insects, environmental factors and abiotic agents. In order to develop strategies that can counter this disease, it is essential to know the distribution and biology of vector insects. Together with Centro di Consulenza per la fruttiviticoltura dell'Alto Adige and Fondazione Edmund Mach (Trento province), Centro Laimburg has been studying the disease for many years and has managed to obtain significant results recognized also on a national and international level. Under Katrin Janik, researchers studied the biology of two known vector insects and analyzed how the disease develops and spreads.

"We showed producers how to identify infected trees and warned them about the importance of removing them straight away. Thanks to this systematic monitoring and by raising awareness, we managed to contain the disease."

Evidence of the transmission of the disease
Centro di Sperimentazione Laimburg also carried out a research on this topic. Researcher Katrin Janik and her colleagues studied how the pathogen is transmitted and what molecular mechanisms occur when the disease develops. This is a starting point to study a strategy to counter the disease. One of the most significant results concern the transmission of the pathogen: "we managed to prove that the bacteria is transferred directly by the insect to its offspring without an intermediate passage on a guest plant. This of course increases its spreading exponentially."

Are there other vector insects?
In addition to Cacopsylla picta and Cacopsylla melanoneura,  are there other insects that can transmit the pathogen? Researchers performed around 140,000 samplings annually in 50 orchards collecting 31,485 hoppers that were then classified.

"We have identified 16 species of psylla and 95 different species of hoppers. These also include some species that were observed in Alto Adige for the first time, such as Orientus ishidae (of Asian origin), Asymmetrasca decedens or Edwardsiana ulmiphagus", explains Stefanie Fischnaller from the Entomology group at Centro Laimburg. 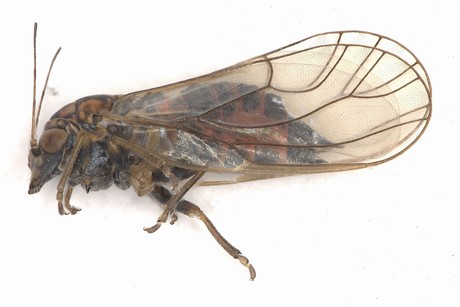 The insects were then analysed by the molecular biology lab at Centro Laimburg to verify the presence of the pathogen.

In order to study the various insects systematically, the research group led by Katrin Janik developed a new method of analysis. "This way, we can study not only hoppers, but also other insects and determine whether they are infected. We can also determine the quantity of the pathogen in the insects, so we can assess whether an insect is indeed a vector." 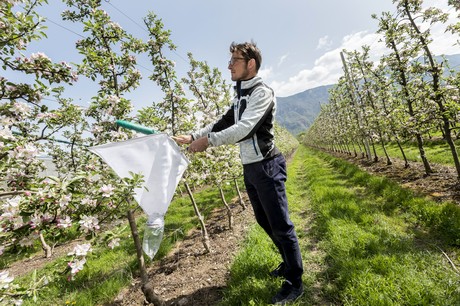 Results speak for themselves. "Summer apple psylla is the primary vector of the apple proliferation disease in Alto Adige. Although the number of insects has diminished in the past few years, the percentage of infected animals has actually increased up to an infection ratio of 20%. This means that, although only a few animals are found in an orchards, there is a high risk of the disease spreading," explains entomologist Stefanie Fischnaller.

As regards other psylla and hopper species, researchers have not identified other potential vectors. 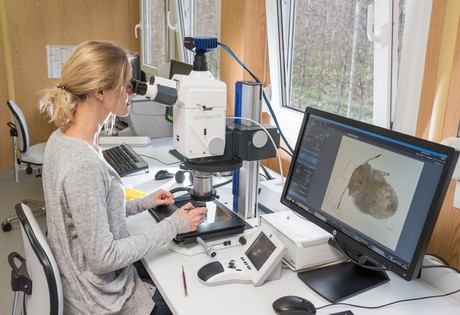 Research perspectives at Centro di Sperimentazione Laimburg
Research activities at Centro di Sperimentazione Laimburg will not stop, so as to avoid a new wave of infections. The research group headed by Katrin Janik will proceed on three levels: in the short term, it will focus on an exchange of scientific information between experts and on raising the awareness of producers. Together with Centro di Consulenza per la fruttiviticoltura dell'Alto Adige, it will develop an emergency plan to contain another wave of infection.

In the medium term, it will test resistant rootstocks and study the molecular basis of resistance. In the long term, it will further analyse the disease - what are the molecular factors that lead to the disease?How does the bacteria manipulate the plant? What microbial counterpart could be used against vectors?