United Apples Sales, one of a select grower group in NY who is growing and marketing new apple Ruby Frost, said it has developed a plan to extend the market for the new variety. According to the company, since making its debut in 2014, Ruby Frost has gained a strong consumer following for its late season balance of sweet and tart flavor and its delicate but firm texture.

United Apple Sales said it has developed an approach to managing inventories and its Controlled Atmosphere (CA) program. Ward Dobbins, fourth generation grower and owner of United Apple Sales, said it is easy to load the system with fruit and then quickly run through inventory in a short period but that doesn’t really help retailers.

“Our commitment is to be a strategic supplier for our retail partners and plan for their needs to provide a sustainable advantage. With our CA expertise, Ruby Frost’s flavor and quality holds extremely well into the summer season at a time when some varieties start losing their ‘pop’. By offering bulk and bagged options with consistent quality, Ruby Frost has become a consumer favorite and sought after variety from January into the summer with the United Apple retail programs,” commented Dobbins. 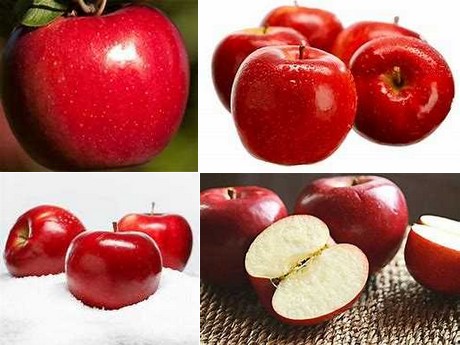 The company added that with Ruby Frost's reception on the domestic market and its ability to store well, United Apple has been able to leverage the crop with some of its export partners in the Middle East and Canada.

Brett Baker, United Apple Sales Director, indicated that Ruby Frost has been well received by its partners. “It is perceived as a great American apple with its crunchy, fresh taste, large size and shiny red appearance. We know how to handle the logistics with our export team and the fruit arrives in great shape with the flavor that has made Ruby Frost a favorite in the states. Ruby Frost is a good door opener and introduces our expertise as a full line grower with new varieties under development,” said Baker.

Baker mentioned Ruby Frost is a strong asset to the spring and summer apple offerings with its long shelf life and great keeping ability. “Now during the month of May, Ruby Frost is offering its best flavor profiles of this season. The tartness has mellowed and the Ruby Frost is really a sweet, crunchy and refreshing spring treat! We hope to have our customers continuing to enjoy them into July and beyond,” stated Baker.