Agriculture and the Environment: Macron commits to the IPBES report

Last week, the French President wanted to communicate on a series of environmental actions that he would reinforce in response to the overwhelming evidence about the state of the planet, highlighted by experts from IPBES (Intergovernmental Platform on Biodiversity and Ecosystem Services).

"What is at stake is the possibility of having a habitable Earth," he then announced on the steps of the Elysée. 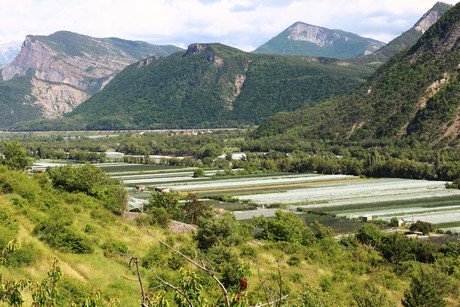 The IPBES report makes an overwhelming case
Earlier this month, scientists and diplomats from 132 countries gathered in Paris at UNESCO headquarters to adopt the first global ecosystem assessment in 15 years. Over the past three years, more than 150 scientists have worked to establish a detailed assessment in a 1800-page report of the current state of global biodiversity. And the situation is overwhelming: human activity is causing an unprecedented collapse of biodiversity, threatening the future of many species and our own survival. Only profound changes can stop this decline.

Emmanuel Macron also reaffirmed the objective of reducing phytosanitary measures in France by 50% by 2025. He cited the example of glyphosate from which France wants to exit in three years, despite its announcement 4 months earlier in a citizen debate specifying that it was "impossible to leave glyphosate in 3 years" (for more information, click here).

Finally, he insisted on the fight against food waste, particularly schools, restaurants and distributors, without announcing any specific measures.

Extension of protected areas and maintenance of agricultural areas
This is the only concrete and new measure in his speech. Emmanuel Macron announced that by 2022, marine and terrestrial protected areas will be extended from 21% to 30% to combat soil artificialization, one of the main factors causing species to disappear. The president also explained that he wanted to "increase the fight" against the reduction of agricultural land in favour of construction.