After the strong hailstorm recorded on Sunday May 12 in the Italian regions Basilicata and Apulia, new 'water bombs' mixed with hail affected the same areas. The situation is worrying for stone fruit, watermelon and table grapes. It was a very wet awakening, Monday May 13, in the provinces of Forlì-Cesena and Ravenna (Emilia Romagna). The plentiful rains have swollen all the rivers and some have overflowed. The most difficult situation is in the territory of Cesena with flooded orchards and closed bridges and roads.

"The damages on peaches, apricots, nectarines and some goji plants are enormous, with damaged fields and fruits that will rot in a few days. We had just finished with the thinning of the apricots and waited for them to be completely ripe to proceed with the harvest", says Anna Camarda, a farmer from Basilicata who has her crops in Metaponto. "The varieties of apricots affected are Vitillo and Thirintos (early apricot), while for peaches it is Sagittaria. The citrus orchards in bloom are also affected." 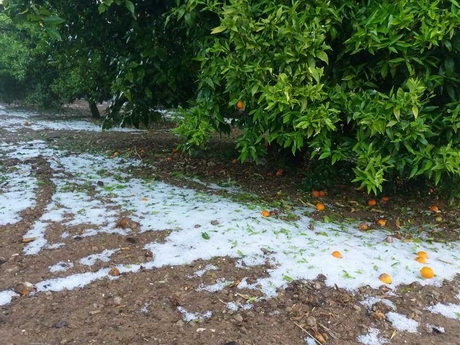 According to some sources, it is estimated that over 70% of Basilicata stone fruit has been lost. Alarming percentages, considering that the agricultural sector is the cornerstone for the economy of this region.

"Whole stone fruit fields have been destroyed. The watermelon seedlings planted a few weeks ago have been broken by hail," says Francesco Musillo, director of Agorà PO, who adds: "Even on the covered vineyards, the hail weighed down the covers, breaking the structures." 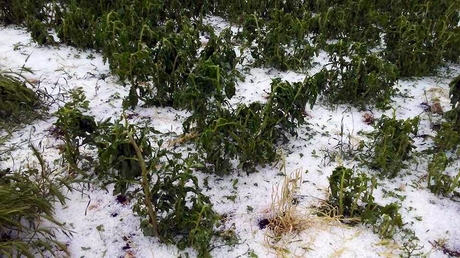 "As a result of the rains that also occurred last night in Apulia, the situation for cherries has worsened. The estimated damage is: -50% for Bigarreau, -30% for the Giorgia and -10% for the Ferrovia."

"The first rains fell on a ground that was arid, so they were beneficial. Subsequently, the intensification of the phenomena led to an excess of water supply to the plants and fruits already ready to be harvested were wet too, thus the trouble started" says Nicola Giuliano, one of the main operators in the cherry and table grape sectors.

"At the moment, varieties like Ferrovia did not record any damage, as we are in a very early stage of fruit formation. But the bad weather must stop as soon as possible, otherwise the rest of the campaign could be compromised." 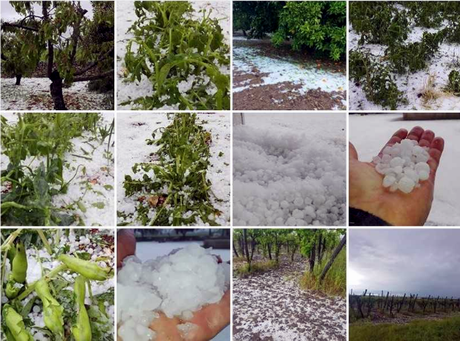 Flood in Romagna, fruit and vegetable problems
The greatest damage is being suffered by cherries and early apricots. "Those who do not have covers," says Loris Babbini, head of the association of cherry producers in the Cesena hills "are seriously damaged. We have already seen significant cracking damage for the early varieties." 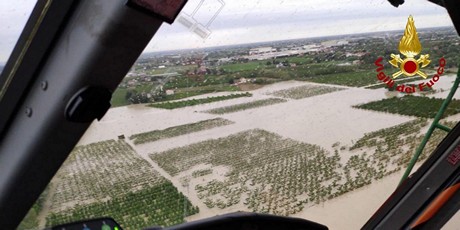 These torrential rains arrived right at the beginning of the cherry campaign in Romagna. "Sunday night, at the Bologna market - adds Babbini - the price was around 7 Euro/kg. A satisfactory figure for producers. Unfortunately we will now be forced to throw away a lot of the produce."

Even in the province of Ravenna, the situation was critical. Swollen rivers have overflowed into multiple areas, flooding farms. The biggest problems may occur for peach trees that suffer from radical asphyxia if they remain in water for too many hours. 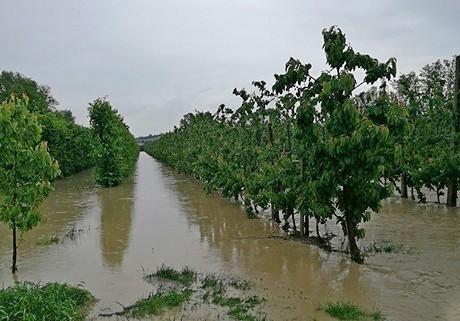 There are also problems with horticultural crops such as lettuce that undergo rot and decay due to flooding.