Stéphane Layani: "We will not let the train leave Rungis"

It seems that the activity of the train of early seasonal produce is currently on hold. Already in 2017, railway workers decided to engage in a long-term mobilization to defend the train. At the time, Fret-SNCF's management was reassuring, stating that the train was not in danger. But today, the discourse is quite different: "We are only asking to continue. We have the locomotives, the agents, the new cars to rent. But we can't sign a loss contract! ", assures a Fret-SNCF manager in the newspaper Le Parisien. The obsolescence of the 82 wagons that have been running through France for nearly half a century is the cause. Renting new ones would cost too much for the carriers Roca and Rey, SNCF customers. However, a new contract was mentioned but no agreement was reached. The current one, which expires on June 30, might be the last one. 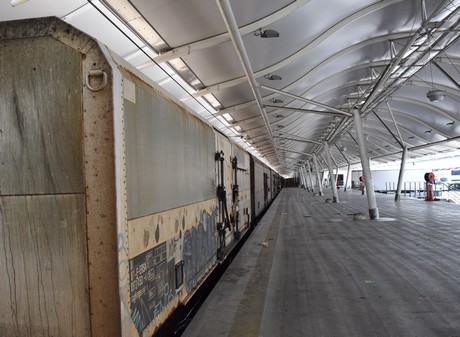 Much more than just a train
The train of early seasonal produce, nicknamed the "TGV primeur", is now considered to be Rungis' soul. Always loyal to the position, he has been supplying the wholesale market with fruit and vegetables since its inception. Its authenticity, which is underlined by a somewhat "vintage" appearance, testifies to the monitoring of the evolution of the MIN over time. "Before when the train arrived, everyone unloaded their goods. There were contests for unloading the wagons," tells Antoine d'Agostino with amusement, when he evokes distant memories. 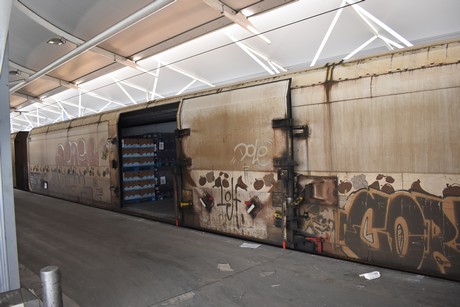 The Perpignan-Rungis-Montauban loop
Every year, more than 400,000 tons of fruit and vegetables are transported from Perpignan to Rungis. Each wagon transports between 28 and 36 pallets. Every day, the train makes the same loop: "The train leaves Perpignan, loaded with fresh fruit and vegetables, at around 4.30 pm. Then he arrives on Rungis at 2:45 am. There, the goods are dispatched to the MIN. Then, around 8am, it is reloaded with dry products and leaves at 8:45pm for Montauban to arrive at 3:30am, where it will be emptied. Then, the wagons go back empty to Perpignan, to be reloaded with fresh fruit and vegetables, and make the same loop again," explains a professional we met on the platform at Rungis. 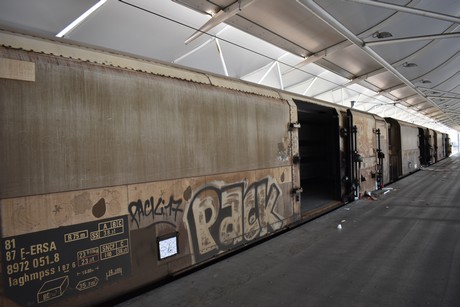 "Unacceptable" ecological consequences
In addition to the fact that part of the history of the Rungis MIN would be lost if the train were to disappear, the ecological consequences of this decision would be "an affront to the environmental issue", according to Michel Leprêtre, President (PCF) of the Grand-Orly Seine Bièvre Territory. Indeed, eliminating the train would be to allow more than 25,000 additional trucks per year to travel on the roads. This is an aberration when we refer to the imminent urgency to reduce our carbon emissions. Christian Métairie, Mayor of EELV d'Arcueil, describes the situation as "unacceptable", stating that "fewer trucks mean less pollution, less traffic, and therefore a better quality of life". 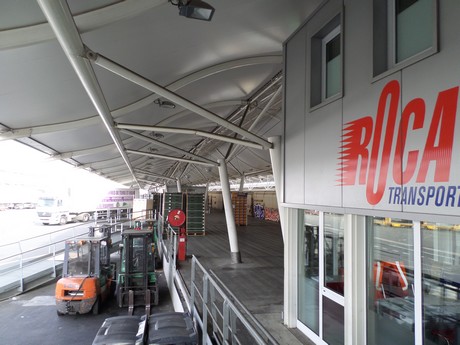 Stéphane Layani: "We will not let the train leave Rungis"
The CEO of Semmaris (a company managing the Rungis MIN), Stéphane Layani, has decided to take the first step. "We will not let the train leave Rungis," he told the newspaper "Le Parisien". He says he is ready to "put some money in it" to save the line. Which he believes is quite possible, if "everyone makes an effort". He announced that he would invest 300,000 euros for the carriers, Roca and Rey. A sum that would allow them to rent SNCF trains "temporarily" for one or two years, until they find a "modern" combined transport solution, such as truck containers placed on trains.

From a purely economic point of view, the non-use of the Rungis MIN bus station worries Stéphane Layani. Nearly 21 million euros had been invested in its modernisation in 2010. Today, however, only one train is running, and the costs invested have still not been amortized.