The formalisation of the Australian jujube industry has taken another major step, with the launch of the South Australian Jujube Growers Association Inc.

While growers are still working towards a national body, the industry is currently being represented by the Western Australian Jujube Growers Association, and secretary Nola Doswell says it is an extremely positive that jujube growers are joining the association until such time as they are able to formulate their own state association.

"South Australia had their AGM on the Easter long weekend," she said. "They are mass producing seedlings using the rootstock available to them, and I have had a report from their president who says he alone has 9,000 seedlings in his nursery at the moment, ready for grafting later in the year. So, we are improving plant production to supply growers with greater numbers. We are hoping to get a lot more members joining from the other states, and we want to encourage growers in particular from, New South Wales, Queensland and Victoria to contact us so we can start building associations in those states, before we proceed to a national body. This will help with industry issues like biosecurity as China plans to import fresh jujubes into Australia and approaching the federal government for funding to carry out further R&D." 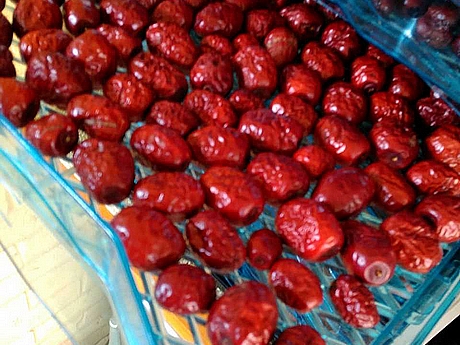 Australian jujube growers produce an average of 150 tonnes per year, from 15,000 trees. It is a growing industry, with more growers coming on board as well as more plantings in existing orchards.

"We've got what appears to be a new development of interested bodies up in an area called Victoria Plains, which is about 2 hours north east of Perth," Ms Doswell said. "It is very hot in summer there, and we have five growers who are starting to put in a serious number of trees. We have a few growers who are getting more heavily involved in the propagation of the plants, so we are starting to link up with knowledge in SA to help us increase our volumes. All in all, the industry is certainly growing and is getting good returns on the fresh fruit but we need to work out what we can do with our B-Grade fruit. We would like to find someone in fruit drying and processing, to see whether we as a group can get our B-Grade fruit processed - because that's a huge market."

One of the challenges facing WA growers is biosecurity, due to WA now being nationally accepted as having its own biosecurity borders, which Ms Doswell says is excellent in the event of pest and diseases, but limits the varieties of rootstock that can be used either for seeds or root suckers.

"We can certainly sell trees to the eastern states but root stocks or seeds from other varieties available in the east cannot make it into WA," she said. "Further research is needed to identify the root stocks currently in WA as some could be older varieties bought over to WA by pearlers in the Kimberley or Asians immigrating here some years ago." 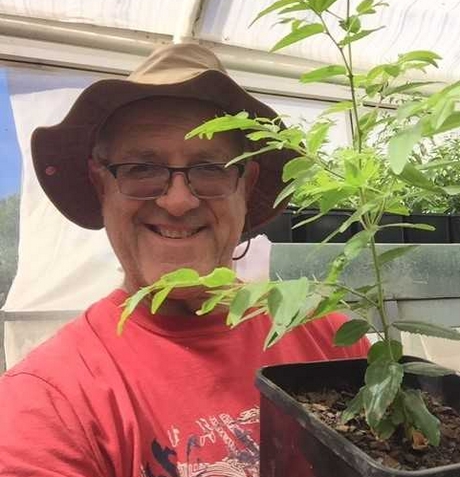 Ms Doswell says the 2019 season was shorter in WA than usual, mostly due to weather events in December around flowering time, however growers in the South West of the state were fortunate to have a slightly longer season, although exact production figures have not been calculated. Some growers also commented that their appeared to be a reduction in bee numbers in some areas, vital to pollination of the flowers.

"We normally start picking at the beginning of March, and on our own trees we did just two picks over two weekends and they were done," she said. "Jujubes ripen very rapidly, and most of the growers in WA have been reporting similar situations. We have an idea of what might have caused it; the fruit forms on a drupe, or a fine branch that is produced on the tree each year, these drupes come out of a budding spur. As the flower develops, they commence forming from where the drupe branch connects to the budding spur right down to the tip at the bottom, depending on how long the drupe is. In December, we suffered some strong easterly winds, and we think a lot of the flowers at the bottom of the drupes were blown off. We only had the drupes half full of fruit."

The WA Jujube Growers Association says that consumer education and consumption is also improving, and more people are becoming aware of the fruit and its health benefits. The fruit is widely known across Asia and the Mediterranean, and growers are trying to introduce the “unique tasting” fruit to the western community. The organisation has been attending local agricultural shows and trade fairs across the state, conducting taste tests, and trying to attract growers. 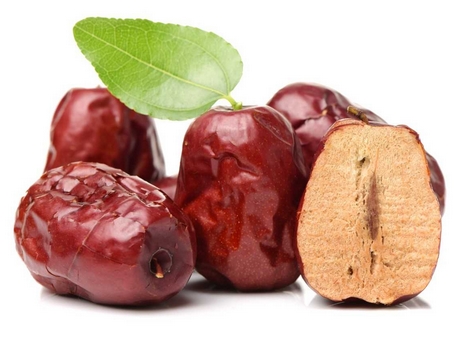 "We are getting more people wanting them, and there have been some very positive feedback particularly in WA," Ms Doswell said. "We are waiting on some final research and development in regards to the compounds within the fruit, but we already know that the health benefits are far stronger than blueberries. They are extremely high in vitamin C. Apparently the plum has the highest number of antioxidants, and the jujube surpasses that. We have a lot of interest from China that the juice could be a strong contender for use in assisting people’s gut microbiome', with universities in Australia and Asia looking for local growers to produce as much fruit as possible with a view of building some processing plants in Australia to juice the fruit."

Ms Doswell says the organisations both WA and SA have also been working closely and monitoring an application from the Chinese government to import fresh jujubes into Australia and is working with the Australian Department of Agriculture and Water Resources (DAWR), Canberra who have been collating the draft report on the biosecurity risks that this may pose to Australia.

While it could be a positive to have the fruit in the market longer due to the Chinese fruit being counter seasonal to Australia's, there is a high level of concern of any potential biosecurity risks.

"We are very concerned that China have some pest and diseases currently not found in Australia, the associations would like to make sure that there is every safe guard in place before the go ahead is given,” she said. "If needed, the final report should be delayed until there is scientific proof that Australia can be confident that no biosecurity breach could occur. Although the pathways developed by Department of Agriculture and Water Resourses have done some excellent work, we still feel that a little more research needs to be undertaken by them to fully reassure us that our trees will be safe from biosecurity issues. 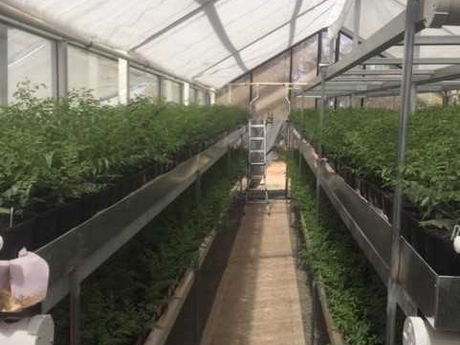 So the WA and SA Jujube Associations have been working closely with DAWR to ensure all the appropriate checks and balances are undertaken.

"We don't think that there has been enough research done," she said. "We are concerned that in the shipments coming over, we may get some material that could cause some harm to our industry. Ultimately, it is not our job to test scientifically what is going to be harmful or not - that's the Federal Government's role. There are just these little issues that we don't think there has been enough scientific evidence provided yet. What we are asking is to slow the process down and just allow some further investigation."

Ms Doswell also points out that jujubes are sold in a similar way to apples, but rather than having a brand name, they should be marketed by their variety name. In Australia there are two main fresh varieties; Chico and Li with other varieties being tested for their fresh fruit suitability while others are more suited to the dried market.