Narrated by Antoine D’Agostino, emblematic figure of the wholesale market of Rungis

From Les Halles of Paris to the MIN of Rungis

When visiting the world’s largest fresh produce market, it does not take long for one to hear about Antoine D’Agostino, an important  figure of the MIN of Rungis. Nowadays, he can be found alongside his son at the Cave de Rungis, but he started in the fruit and vegetable trade at the age of 12, at Les Halles of Paris.

Memories of Les Halles of Paris
Among the beautifully displayed wine bottles, Antoine evokes memories immortalized by authentic black and white photographs on the wall. Stolen moments that are a testimony of this period, only a few decades ago but seemingly so distant. “At 10 o’clock in the evenings, we would unload the goods which we would lay bare on the sidewalks. Back then, there were no cold rooms.” The market was held until 9 o’clock in the morning, when the first sweepers would mark the end of a hard night of work.

“When it snowed, we first had to clear the sidewalks.” Whether it rained, snowed or stormed, the market was held in the street, and the quality of the merchandise was checked by looking under the tarps using flashlights. “Back then, nothing was mechanized, everything was done by hand. There were no pallet trucks like today,” explains Antoine, with a benevolent smile, pointing at one of the photographs showing a man carrying a heavy pork carcass on his back. Like in some of our regions, we even had our own language. A patois forgotten over time, in which a “rooster” (coq) meant a coin of 10 old francs. 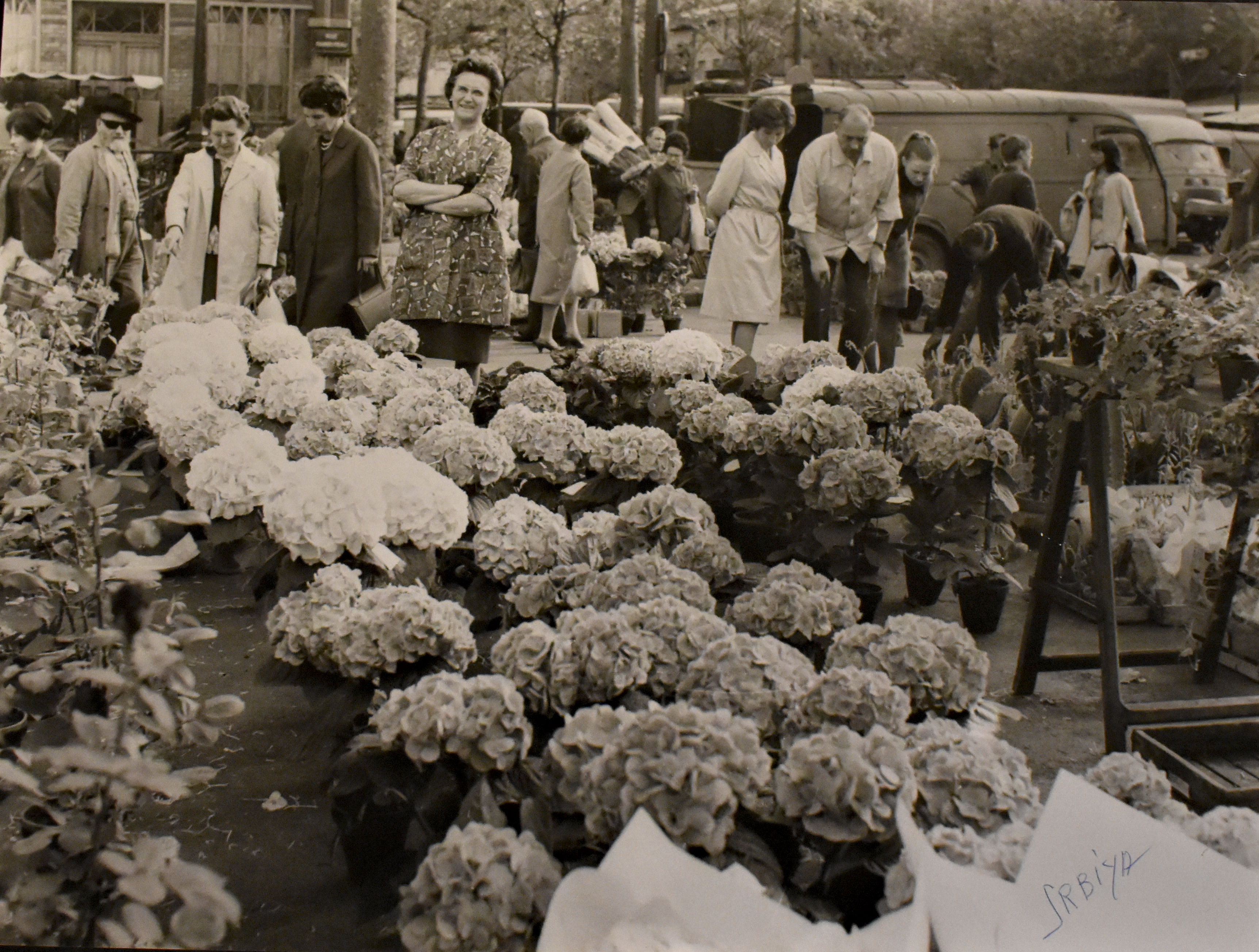 The “move of the century”
I
n 1969, the cramped sellers left Les Halles of Paris and relocated to a new, more modern and much more spacious site: Rungis. “Within two days, we jumped from the time of Emile Zola to the 21st century,” explains Antoine. Because when he happens to feel nostalgic about these distant memories, Antoine claims not to regret the inhumane conditions in which he had to work. This “move of the century”, which the press described as “comparable to D Day”, still haunts the minds of those who lived it. “Keep in mind that we went from a surface of 16 to 234 hectares. The army even organized the move and was present at each intersection. At the time, the construction of the ring around Paris was not finished yet.” Within 48 hours, tens of thousands of sellers migrated from Les Halles of Paris to Rungis. More than 5,000 tons of merchandise and 353,147 cubic feet aboard 1,500 trucks then poured onto the Nationale 7 heading towards the unknown. 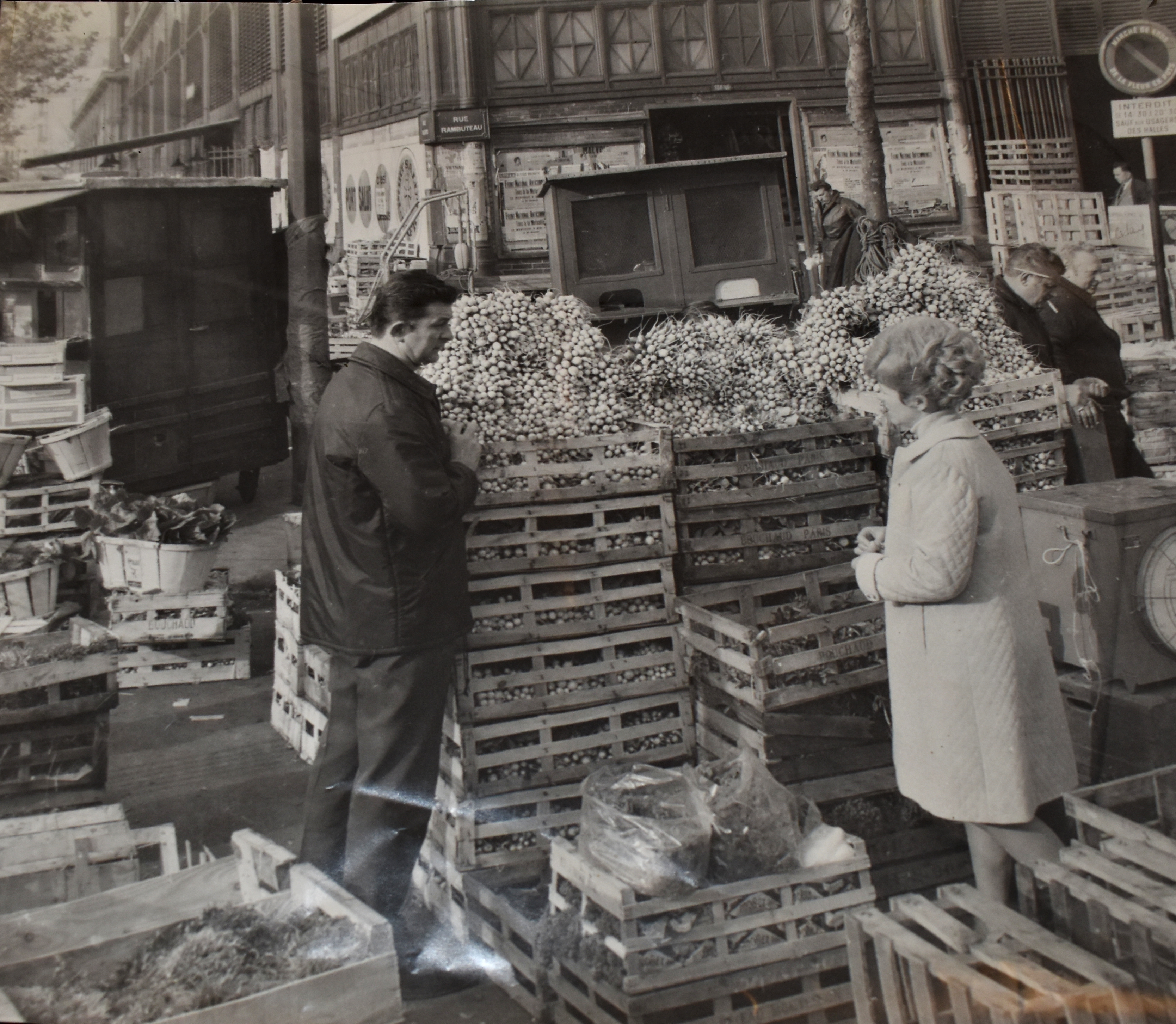 The beginnings of Rungis
The move undeniably improved the working conditions of the time, but it also brought its own share of entertainment. “We had quite some fun back then. When the train arrived, we all unloaded our merchandise. There were wagon unloading contests. Rungis counted 31 restaurants, and we were also having waiter races,” Antoine recalls, laughingly.

The logistics also adapted to the gigantic size of the site. “At the beginning, to get around, the sellers had to rent bicycles for 10 francs per month. It was kind of like the 'Vélib’ of today. And then, slowly, the bicycles disappeared...and eventually ended up on the flea market!”

A lot has changed since the sellers were investing the streets of the capital, but the warmth at the heart of the market is still felt today. “Back then of course, we had more time to talk; today, the exchanges are quicker. But inside the market, the atmosphere is still very friendly. Everybody greets each other, while this trend tends to die out in the rest of the country,” explains Antoine.

From fruits and vegetables to wine
In 1988, Antoine decided to leave the ephemeral freshness of fruits and vegetables and turned to wine, a product that, as Antoine puts it, “gets better with time”. A way of staying active on the market while taking it a bit easier. At the top of the spiralling metal staircase of the Cave, a large table in the middle of a room whose walls are covered with photographs. On many of them, celebrities pose next to Antoine. A true personal museum where there is a warm atmosphere, reflecting the history and sympathy which this great man has inspired around him throughout his life.

Today, Antoine still comes daily to “take a breath of fresh air” on the Rungis market. “I am 83, but I feel like a teenager who wants to keep going,” he explains, to the delight of the lucky listeners, who lend an interested and emotional ear to the fascinating stories and anecdotes about what was once called the Belly of Paris.