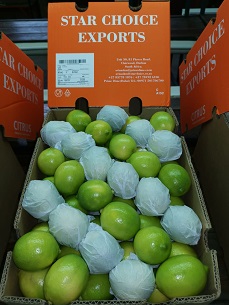 Star Choice Exports is experiencing huge demand for lemons in the Middle East in the run-up to Ramadan that starts on 5 May, says its managing director Avinash Maharaj.

The company, which focuses largely on citrus, supplies the hospitality and catering sector in the Middle East, the result of a streamlining process over the past few years to move their business out of the more risky wholesale and speculation business.

From Spain they’re currently sourcing clementines for these clients in the Middle East, and from Holland they’re getting vegetables like Iceberg lettuce and capsicums.

In the Nkwaleni Valley of KwaZulu-Natal and in Swaziland they’re packing their first Star Ruby grapefruit for a client in China. “The early market is very good but towards the end of April the price will probably drop,” says Avinash. “There are a lot of good sizes at the moment, I’d say about 80% are counts 40 or 45. Normally we take all sizes from a farm, even the smaller counts, but this year we’re not getting any of the smaller counts. Now all of a sudden a client in China has requested more smaller sizes!" he laughs.

Navels start in about two weeks; Valencias is the big one they’re waiting for. Avinash explains that the Middle East is a flexible, good market for them on Valencias. “We do everything from juicing fruit right up to class 1, right across the range. We have clients who even take the small sizes, first grade and third grade.”

Last year they sent 200 containers of Valencias to China, which they plan to at least repeat this year.

Indian market for South African produce is growing
India has presented some unique challenges in the evolution of a marketplace that’s just getting used to eating imported fruit and have some confusing citrus nomenclature, like, he explains, calling a mandarin an ‘orange’. Increasingly, Indian supermarkets are stocking oranges, in the conventional sense of the word. This season their target is to send at least a hundred containers there.

Star Choice Exports has recently started sending apples and pears into India too, a part of their trade that is increasing in response to requests from their customers there. India is a market with good prospects, Avinash feels.

For the past few years they’ve also been sending apples and pears into Africa, particularly Angola, as well as vegetables like onions, carrots and potatoes.

The company is always looking to expand their supplier base in South Africa.

Star Choice Exports started 20 years ago with an orientation to the East, a farsighted decision that translates to, among other things, year-on-year growth in his exports to India.

Avinash, whose grandfather Ranjith Maharaj was the largest citrus wholesaler at the Durban market in the 1960 and 1970s, has spent his entire professional career in the citrus industry, starting during the last years of the single channel marketing system for South African citrus. He also has extensive cold storage and logistics experience. 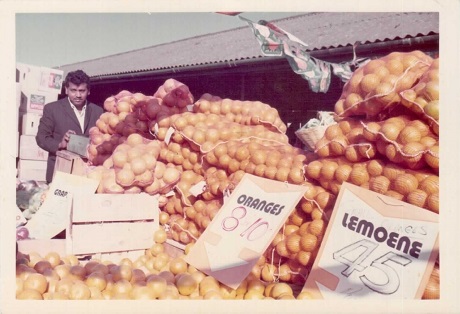