A California Medjool date grower is looking to reinvigorate the category and move dates into the position of a desirable lifestyle brand as they launch their new date products. Joolies Organic Medjool Dates are in the process of launching their organic dates in the US and Europe. The company is vertically-integrated with nearly two decades of history in date farming in the Coachella Valley, California.

According to CEO Mark Masten, they were one of the first companies to grow organic Medjool dates in the US. "The Kohl family that founded the company always had a penchant for healthy eating," he explained. "They eat organic food at home and subsequently decided to transition the entirety of their 500 acre ranch to organic. Since then, the company has entered into a partnership between the Kohl Family and Venice Brands. The mission is to take something that everybody knows and turn it into a fun and desirable snack." 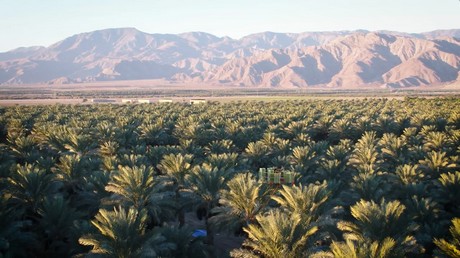 Looking to tap healthy snack category
Joolies soft-launched at Expo West in Anaheim in March and plans to have their line on US shelves later this spring. The fresh organic dates will be available as whole or pitted varieties as well as a date syrup.

"We're putting the finishing touches on it now and plan on distribution from mid-May," Masten said. "The fresh organic Medjool dates will be available and we are also launching a date syrup. There are references to people using date syrup thousands of years ago as a form of sustenance and now we see it as a very versatile sweetener."

Amanda Sains, Joolies Brand Manager, said the company saw an opportunity in the healthy snack category and wanted to push Medjool dates into the spotlight. "Popular brands are making products using dates, consumers are creating recipes and posting on social media,” she observed. "And yet, the dates themselves receive very little recognition. Therefore, we see an opportunity to turn Joolies into a recognizable snack brand. Medjool dates are widely consumed and recognized around the world as a healthy snack. The well-traveled foodie is a major audience we feel will be attracted to Joolies." 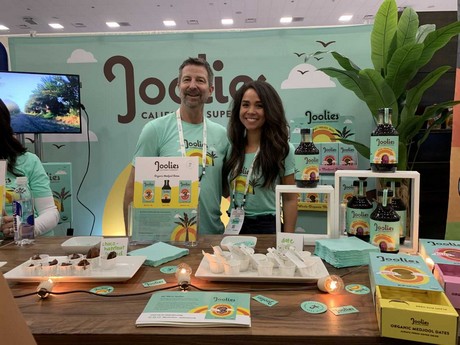 The company have done this by designing an innovative type of package, with colorful branding and also with sustainability in mind. "We worked with Hatch Design in San Francisco to come up with the branding and worked as a team to design the slide-able tray," Masten shared. "Sustainability is an important value to us so we made sure the package is made from recycled materials and is also recyclable itself. We also came up with the moniker 'Californian Palm Tree Candy', owning the fact that Medjool dates are a sweet treat people know and love – grown on palm trees!"

Container on its way to Europe now
Along with US consumers, the European market will also be getting a taste of Joolies dates on its shelves in the near future. In fact, Masten said there are a couple of containers are in Antwerp in Belgium right now for wholesale. Initially, the company will be selling the organic Medjool dates in bulk configurations of 5kg boxes, with the aim to launch the consumer packs down the line.

"Joolies organic Medjool dates have already landed in Antwerp and we have partnered with a few companies in Europe to help distribute the dates into European markets. We have a representative in Belgium right now who is helping to set up the initial sales. Later this year, our vision is to enter major supermarket chains across Europe, initially by selling bulk organic Medjool dates and then later a similar consumer pack as will be launched in the United States. In Europe we can be a direct connection between the customer and California." 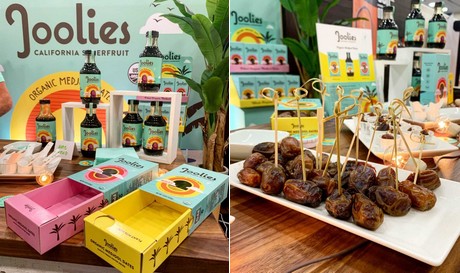 "California-grown" a big factor
The company also have their sights beyond Europe and into places like Dubai and Australia. Masten mentioned being 'California-grown' carries a lot of weight for many potential customers around the world. "People around the world really love the dates grown in California," he said. "This extends to all California-grown produce, where this has become a mark of quality. Joolies is one of the largest organic Medjool date growers in the United States, so we are well positioned to bring this quality product to the world."

He concluded by highlighting the growing trend in organic and healthy eating in the markets Joolies plans to enter. "There is a growing organic market in Europe and also Dubai. People are more conscious of consuming healthy foods and snacks. This is where Joolies will thrive. We're excited to shift the consumer perception of dates as primarily ingredients or a special-occasion treat because they're actually perfect for snacking."