“We believe in club varieties”

Club varieties provide companies with the opportunity to be distinctive on the market and to keep the market balanced. BFV has eight club varieties in apples and pears in their assortment. Manager Filip Lowette talks about the direction taken by the auction for their club varieties. 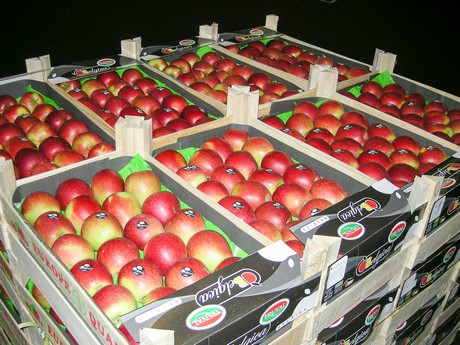 The apple market was disappointing in the final months of 2018, due to last year’s Indian summer. The large harvest throughout Europe was added to that, which made sales more difficult. In the second half of January, the market recovered somewhat. “That’s a good thing, because we have great quality thanks to a good summer with lots of sunshine. We have a tasty product,” Filip says. In April 2017, BFV took over the real estate of Veiling Haspengauw, resulting in room for an additional 30,000 tonnes of ULO storage. After last summer’s good harvest, these cells were all put to good use. “We completely use all facilities at that site. The fridges are all full, and we’re sorting apples and pears.”

In 2011, BFV was the first to bring Conference pears to China. India, Hong Kong, Vietnam and Brazil were later added to the list of export countries. “The export to China is going well, we’re seeing our volume growing steadily,” Filip says. “It’s important everything’s just right and that quality is good, because you need to have a fantastic end product. Logistics have to be right, and the cooling cycle shouldn’t be interrupted.” The pears spend five to six weeks on the boat before arriving in Asia. Besides Conference, the auction also has club varieties Sweet Sensation in their assortment, in cooperation with The Greenery. As of the 2019/20 season, the first Red Conference will also be planted.

Jonagold united in club concept
Club varieties also take up an important position in the apple segment. “We believe in club varieties, because the supply is more manageable. We can sell these varieties on the market in a controlled manner, and create an annual sales schedule.” BFV has the following club varieties in their assortment: Morgana, Redlove, Jolyred, Greenstar, Belgica and Jonagold+. The Jonagold is the biggest variety in their range. “We bundle the better Jonagold under one label with Jonagold+,” Filip explains. The market sells a large number of Jonagold mutants. Because of that, the supply is generally too diverse. Because of that, the Belgian auction decided to unite the mutants Marnica, Vivista and Boerekamp under one club variety. That was started in 2013, and this was successful. “We sort centrally for these apples. In 2017 we had a shortage.” 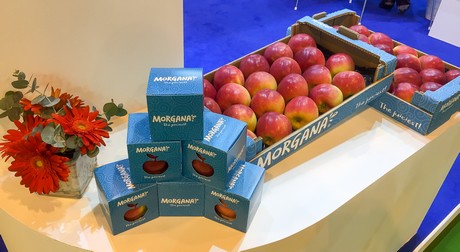 In Belgium in particular there’s a large market for this variety, but export opportunities are more limited. Russia was a major buyer, but this market was lost because of the 2014 boycott. Other free varieties, such as Elstar, Boskoop and Braeburn, have a better position on the international market. This season, the market for Jonagold has been difficult. About 170 million kilograms were harvested, but the Belgian market only buys 40 million kilograms every year. “In Belgium, it’s easy to get a surplus of 40 to 50 million kilograms,” Filip says, despite demand from export and industry being slightly higher. “We either have to reduce the production or expand the international market.”

That second option is a difficult one. Russia is keeping its borders closed for now, but Eastern Europe was added as another competitor for Jonagold and Red Prince. “We have a good export of Jonagold this year, it’s better than expected,” Filip says. He sees another opportunity: “We’ve seen Jonagold retaining its market, and is even expanding it slightly. By dedicating ourselves to Jonagold+, we can regain market share. With our local product we have an added advantage compared to import as well. Supermarkets prefer local product.” 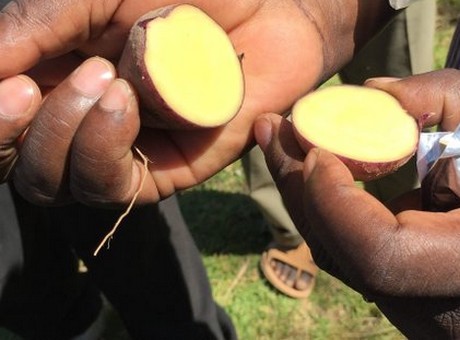 Club variety for specific markets
The other club varieties have a smaller market. Redlove, for example, is a niche product. The growers of BFV have about seven hectares for this apple. “This is a red-fleshed apple that does well with industry. Redlove is processed into juices and applesauce a lot,” Filip clarifies. Jolyred first arrived on the market in 2014/15. “This is a sweet apple suitable for the export to Asia. We export this apple to destinations including Hong Kong, Vietnam and India.” The apple has a brix of 14 or 15, and is therefore very sweet. The area of Jolyred is between 120 and 130 hectares.

The auction’s oldest club variety is Belgica, which has an area of 100 hectares. “This was our first club apple,” Filip says. This apple did very well during the previous season (2017/18). Despite the frost, which damaged a lot of apples in the Netherlands and Belgium, 3,000 tonnes were harvested. “This is a variety with a short season early in autumn.” Last year, the youngest variety was added to the family: Morgana. “We introduced this variety at the Fruit Attraction in Madrid, at the Frutura fair in Hasselt and at the Fruit Logistica in Berlin. This new apple is marketed in cooperation with Fruitveiling Zuid-Limburg Margraeten (the Netherlands), Krings Obstbau Vertriebs (Germany) and Melinda (Italy). The four organisations work together under the Morgana Apple Group name, or MAP. The first volumes will be marketed as of next season. The Morgana is a very nice apple for the higher segment. Thanks to the cooperation, volumes for marketing are sufficient earlier.” 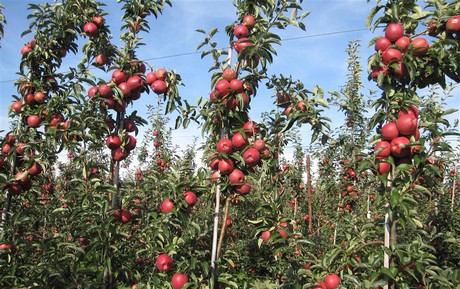 Growing quality and switching
“Continuing to grow plenty of qualitative product,” Filip mentions the biggest challenge for the sector in the coming years. He mentions the ever-increasing area of pears as an example. “These have to be picked in time, when they have the right size. To that end, there should be plenty of workers for clearing and for the harvest. That’s an important challenge. If that can be done, we’ll have a very good product for the world.”

The apple growers are faced with an additional challenge: creating a balance on the market, so that import and local are well-balanced. They also have to find a solution for the surplus of Jonagold and Jonared. “The current price levels force us to carefully reduce the production. Everyone knows the current market situation is crazy, and that no one can keep this up. Growers will have to make a choice in time.” The auction isn’t just looking at alternative apple varieties to that end. “We’re the biggest cherry auction in Belgium with three million kilograms of sweet cherries. That’s an alternative,” Filip mentions one of the options. Plums, strawberries, raspberries and redcurrant are other alternatives.