The South African grapefruit threw a real monkey wrench into Israel’s exporting plans. After overflowing the market with all of their grapefruit, the demand for grapefruits from Israel was basically non-existent. Luckily the South Africans ran out of the fruit a while back and the season has recovered.

The start of the Israel grapefruit season was not a dream scenario. South Africa had a great harvest and was shipping them out to China and Europe in full swing: “The overflow that South Africa caused, was initially a problem for us. The Chinese and Europeans bought so much of their grapefruits, even their cold storage rooms were filled up to the nooks. Naturally this resulted in very low prices, they were so low people told us to delay our harvest while waiting for better prices to hit us.” Betsalel Ohana, export manager for Planet Israel said. 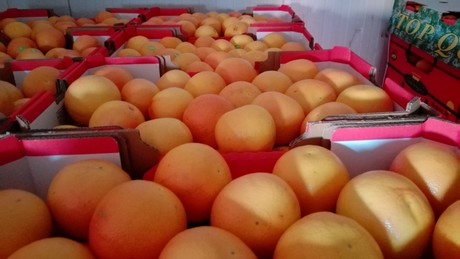 “Back then the prices were about 16 US Dollars for a carton of 15kg,” Ohana continues. “Now around the start of 2019, we noticed some changes in the situation. The grapefruit-filled cold storages were finally running low and traders started looking for new grapefruits again. Thanks to this new demand, prices have picked up to a normal level, with a carton of 15kg now costing between 22 or 23 US Dollars.” 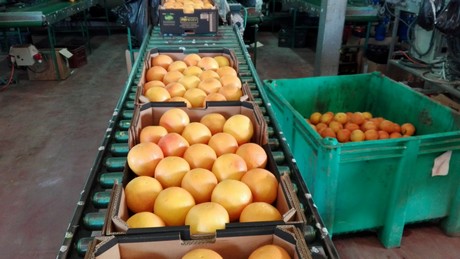 Even though Europe and China are once again interested, it’s not as if these markets are the only viable options for Planet Israel. “China and Europe are great markets, but we also export good volumes of the Sunrise grapefruits to Hong Kong and Singapore. Now that South Africa is completely finished, we feel our position in the market is quite good. The exporting season will last until the end of April, maybe the end of May. After that time we will still cultivate and sell grapefruits, but they’ll be destined for the domestic market.” Ohana concludes.