“There is currently a shortage of shipping containers in Poland”

It’s almost time to wrap up the Polish apple season, but there’s still a couple of months to go. For some exporters the season was very difficult, but other companies were able to sell their apples without any problems. A new challenge has come up though, as containers to ship the produce are currently hard to find in Poland.

For Polish apple exporter Bialski Owoc the season is been pretty good overall. Anna Zasiewska, an account manager for Bialski Owoc, claims the season has brought them sufficient opportunities: “This year we’ve been able to enter quite a few new markets. We’ve been shipping to China, India and Malaysia. These haven’t been our biggest markets though, as most of our produce has been sent to European countries and also a large amount to Egypt. For the Egyptian market the price hasn’t been very satisfying though.” 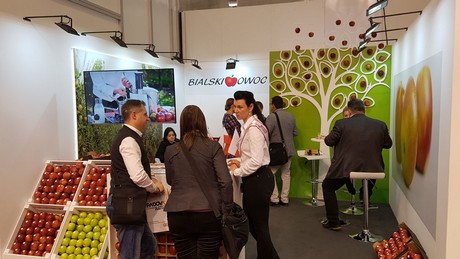 In terms of volume, Bialski has seen a steady growth compared to last season. “Last season we exported around 20,000 tons of apples, where as this year we’ll export about 40,000 tons. Of course if we talk about Poland in general, the amount of apples was simply too much; about five million tons. For us, the most popular varieties were Golden and Red Delicious, Royal Gala and Idared.” Zasiewska says.

The prices for Polish apples have been really low most of the season, but Zasiewska thinks the price might increase if the weather conditions change. “We see quite a few growers saving their good quality apples in cold storages, hoping for the price to increase. I think it’s a good strategy, as growers are currently losing money, about 0,08 eurocents per kilogram. It’s very possible the prices will increase in a month or two, depending on how the weather changes during that time. Let’s say we’ll get some frost before April and May, then I feel the prices of apples will probably increase.” 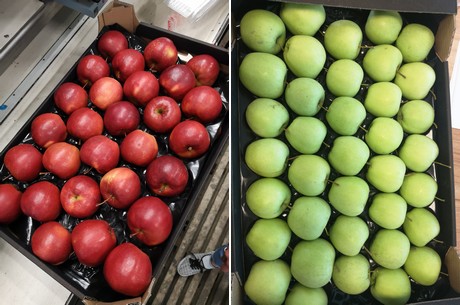 A bigger problem for the Polish exporters are the lack of available shipping containers. “There is currently a shortage when it comes to shipping containers. I might have an order from Algeria to send them 15 containers filled with apples, but I only have two containers available to me right now,” Zasiewska explains. “We’ve been in talks with the transporting companies and they promised us they would try to make more containers available as soon as they could, but for now these are empty words. We might have to divert to other companies from Italy or Germany to see if they can help us out.”

For the future, Zasiewska sees quite a few opportunities to increase the Polish potential in the sector: “For one it might be good to build a team that solely focuses on a better presentation of the Polish produce. We need better marketing as it is a misconception that Polish produce is of lesser quality. This happens when Egyptian importers start buying from growers directly, getting a better price than when going through a group like our company. The quality of the produce can not be guaranteed this way and it could damage our image in terms of produce quality. We need to find a way to make buying from a group more attractive somehow.”