“The future is not conquered through high tech and expensive machines, first you need new visions and concepts, then comes the technology and passion to make it happen,” said Ramón Arrau CEO of Giddings Cerasus and Giddings Fruit USA LLC. 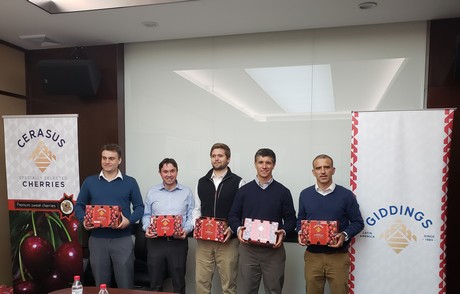 Which new varieties will extend the supply season?
The demand for Chilean cherries in China is huge and is increasing yearly. Therefore a good supply is needed to reach this demand. Because of the geographical advantage of Chile, different places have different seasons, the supply period can therefore be long, because different varieties follow each other up. Giddings Cerasus is trying to extend their supply season with developing new early and late varieties. They do so in collaboration with the German Genetist and Grower, Peter Stoppel. Last month they presented their new late varieties to Chinese clients and media. “In order to extend our Chilean supply season to six months, we invested in inventing new early and late cherry varieties. Cherry production is huge in Chile and to better serve our clients, we invested in the future and began innovating these new varieties. We organized this meeting to let our Chinese clients taste the new varieties, the reactions until now were very positive.” said Ramón Arrau, CEO of Giddings Cerasus.

Production will increase within next two years
The season for Chilean cherries has just ended, but the export manager of Giddings, Cerasus Gonzalo Larrain, shed some light on how the season actually went this year: “In general terms, we had a season with quite good weather conditions that allowed Chilean cherry growers to harvest their products with better quality and longer shelf life. This has mainly to do with the lower amount of fruits harvested per tree which results in better nutriment allocation inside the fruit. Even though this could have meant an important reduction in volume, the reality is that the output volume was not that much affected. This is most probably because of new plantations starting production cycles and in this way maintaining the production output.” 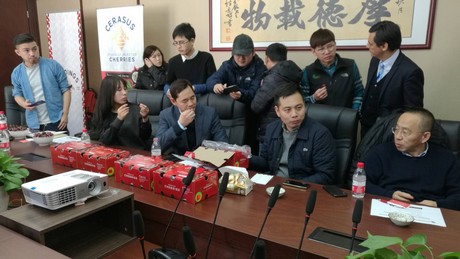 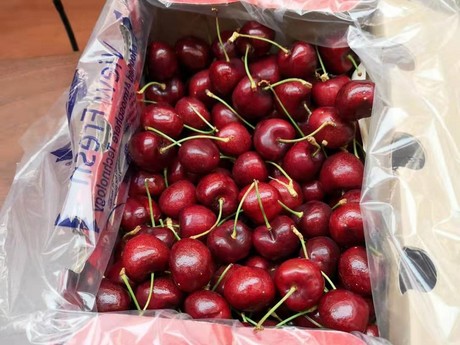 This season the Chilean growers also had to endure some heavy rainfall and hail, which also caused the prices to rise in China. When looking back at this, Gonzalo Larrain mentions: ”As it was reported at the beginning of the season, we had severe weather conditions (rain and hail) on very specific areas. Some orchards did lose big portions of their productions, but not too many orchards were affected.” 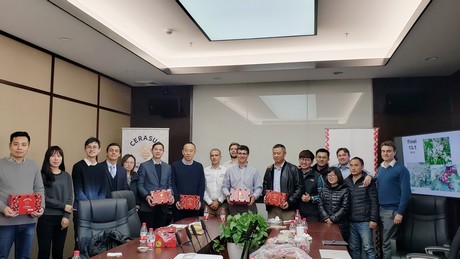 According to Gonzalo Larrain the cherry production will continue to increase in the coming years, as he explains: “With all the new cherry varieties coming on the market, we estimate that in the coming two years the productivity per hectare will increase rapidly, which will also benefit the production output.”

Better supply, consistent image
“We do not only supply cherries from Chile. We are working to reach a full-year supply, in collaboration with the northern hemisphere. Therefore we achieved a fusion of all our companies under the Holding Company, Giddings Fruits, in 2018. These include the Growing, Packing, Exporting, Marketing and Distributing companies in Chile, Peru, Mexico and the US.” Concluded Ramon of the available offer which includes cherries, berries, sugar plums and kiwis, extending to eleven out of the twelve months of the year for the delight of consumers. 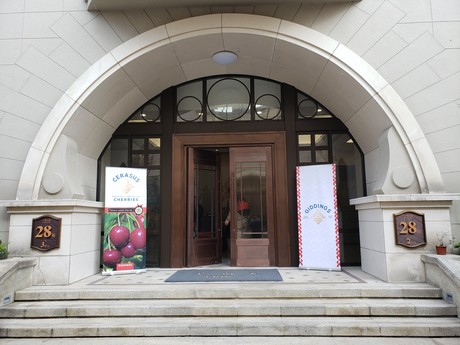