Looking back on apple export in 2018 shows a significant decline. The export volume decrease by more than 10% from August onward in comparison with the same period in 2017. China exported only 890 thousand tons of apples in the first 8 months of 2018, which is a decrease of 12.6%. The main reason for this development is that India stopped Chinese apple import in May of 2017. 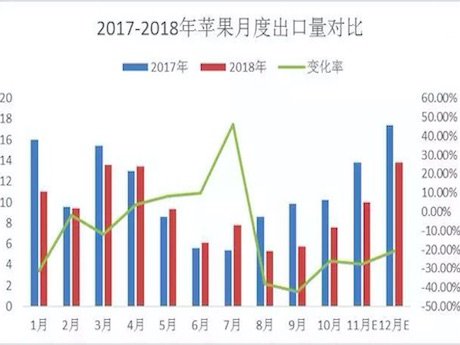