South African avocado estimate around 30% down

The initial estimate for the 2018/2019 avocado season is between 15.5 and 16 million equivalent 4kg cartons, says Derek Donkin, CEO of umbrella body Subtrop. That is a reduction of around 6 million cartons on last year’s record crop, due partly to unfavourable weather conditions.

During weeks 39 to 41 much of South Africa experienced a heatwave, resulting in heavy fruit drop on especially young fruit on Hass and Hass-type trees that set during this period.

Some in the industry estimate the nationwide losses due to fruit drop as much as 40% in established blocks, but the decrease will be buffered by new avocado plantings coming into production.

While there’s been brisk growth in the avocado industry, there is now an intensification of expansion as nursery capacity catches up with demand.

“We’re expecting continual growth and judging by what’s coming out of the nurseries, we expect 1,000 to 1,500 additional hectares of avocados per year, over the next few years,” says Derek. “Previously we were looking at 500 to 750ha of new avocado plantings per year. Nursery capacity sets the pace for growth.”

The first exports usually arrive in Europe by weeks 11 or 12.

Quality issues on early avocados
The early Fuerte harvest started a week ago in Tzaneen, supplemented by Fuerte from Mozambique, taking advantage of the domestic market where prices last week were still at the high level maintained since December, around R170 per carton (10.9 euros). It has now moved to approximately R130 (8.4 euros) per carton as more volumes start coming in.

Among the new season’s avocados, there are occurrences of stem end rot, more prevalent on early season fruit, even at some major supermarkets where avocados are still sold at a premium. 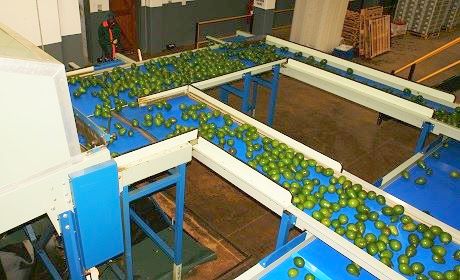 Much fruit picked later during last year’s bumper crop
Last year, because of the enormous crop, many farmers decided to let avocados hang for longer, waiting out the peak season’s price slump for the traditionally high prices during December and January. (Not long ago only imported avocados from Spain and Israel would be available at the end of the year.)

This past year, however, avocados never reached the R200 (12.9 euros) to R220 (14.2 euros) per carton heights of previous December and January months.

This trend isn’t expected to be repeated in the current season, due to complications from leaving already mature avocados on the tree. This approach puts the crop at a prolonged risk of stinkbugs, vervet monkeys, thieves, and places additional stress on trees at a sensitive time when the following season’s fruit are have already set and growing rapidly.

Producers in KwaZulu-Natal, the Eastern Cape and increasingly the Southern Cape are aiming at filling in the gaps in the supply calendar.