California will soon be ending possibly one of its largest crops ever of table grapes.

“Volume was up this year maybe five percent over last year and it will be in line with the biggest crop we’ve ever had,” says Jim Beagle of Shafter, Ca.-based Grapery. Beagle adds that the quality of the grapes was also strong this season.

While favorable weather conditions helped with this season’s growing, other factors possibly contributed to this season’s abundance of product. “There has been a proliferation of new grape varieties and growing systems—irritations, trellises, etc. California growers have a lot of innovative things going on to improve the overall quality of the crop,” says Beagle.

As the season winds down, supplies will switch to imports from Peru first and then Chile. 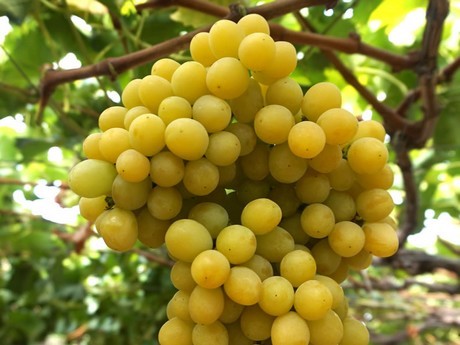 Demand challenges
While supply of grapes was strong, demand was too. “We moved a bigger crop and shoppers were happy with the grapes they got and came back for more. There were more promotions for grapes,” says Beagle.

That said, the demand for grapes has challenges at times, particularly early in the season. “Those challenges included transitions from earlier growing seasons and factors such as tariffs into China. That’s a major destination and that resulted in some shifts as to where grapes go and innovation around reaching different markets at different levels compared to the past,” he says. “That created more competition with other fruits that also typically go to China. We all had to compete in different areas we don’t normally have to and that made demand a struggle at times.”

While pricing shifted throughout the season based on variety and quality, Beagle says his sense is that overall pricing was down on grapes this season. “In most years, just having a large crop doesn’t create pricing challenges. I think there was more to it than that,” he says. “It was rising costs, tariffs, the proliferation of varieties and growing regions. The table grape landscape is changing pretty fast from a supply standpoint with varieties, regions and quality levels. I think there’s still a lot to be sorted out.”